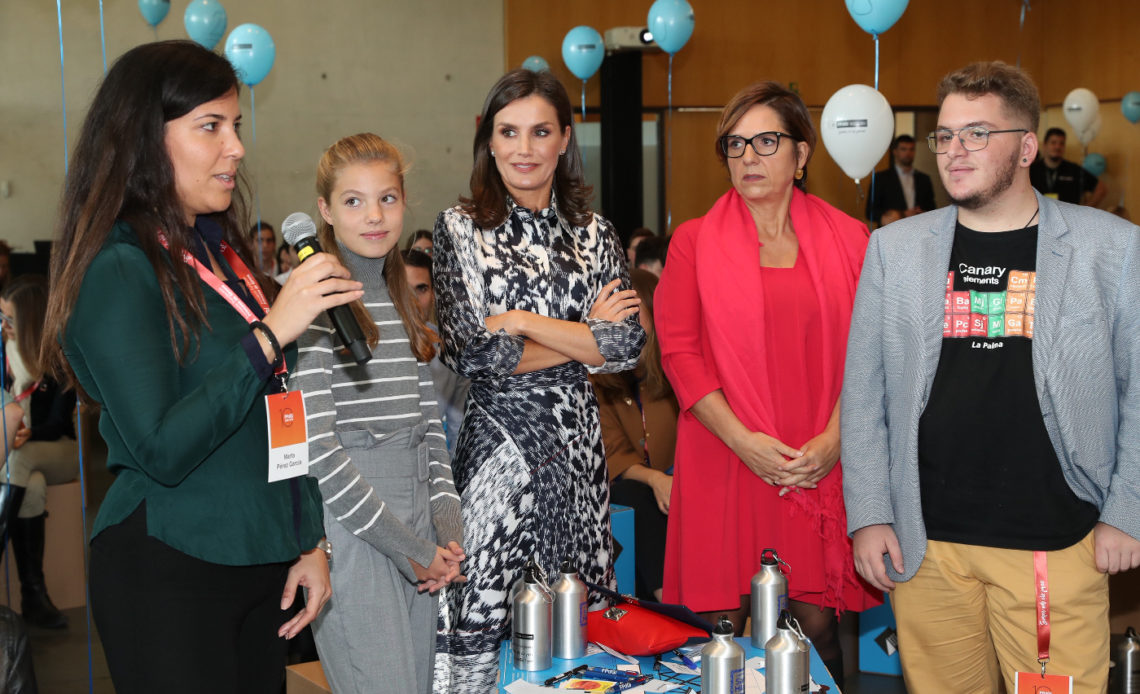 Victoria Beckham’s designs are a favourite amongst royals. Her sleek and professional clothes appeal to royal sensibilities, and she now has a new royal on her client list. Queen Letizia of Spain wore a Victoria Beckham look for the first time on Tuesday, sporting a leopard print shirt and skirt by the brand while attending the 10th anniversary of the Princess of Girona Foundation in Barcelona.

Queen Letizia, a former news anchor, has honed in on a sleek, smart, and powerful style as a royal so it makes sense that she’s drawn to Beckham’s brand. Beckham, for her part, publicly expressed approval. She posted a picture of Queen Letizia to her Instagram stories saying, “Beautiful family and Queen Letizia looking stylish in one of my favourite VB dresses.”

Her excitement is understandable. A royal wearing your brand can provide a large dose of free publicity. It’s even better for business when said royal looks as stylish as Letizia did in her outfit. Beckham is no stranger to the royal runway, having been worn by, among others, the Duchess of Sussex, the Countess of Wessex, and Crown Princess Victoria of Sweden. Given the popularity of her brand, this is a trend that is likely to continue.

King Felipe, Queen Letizia, Princess Leonor, and Infanta Sofía were in Catalonia this week to attend events surrounding the tenth anniversary of the Princess of Girona Foundation. These events included an awards ceremony where the Princess of Asturias, who also holds the title of Princess of Girona as heir to the Spanish throne, gave a speech where she spoke Catalan publicly for the first time.