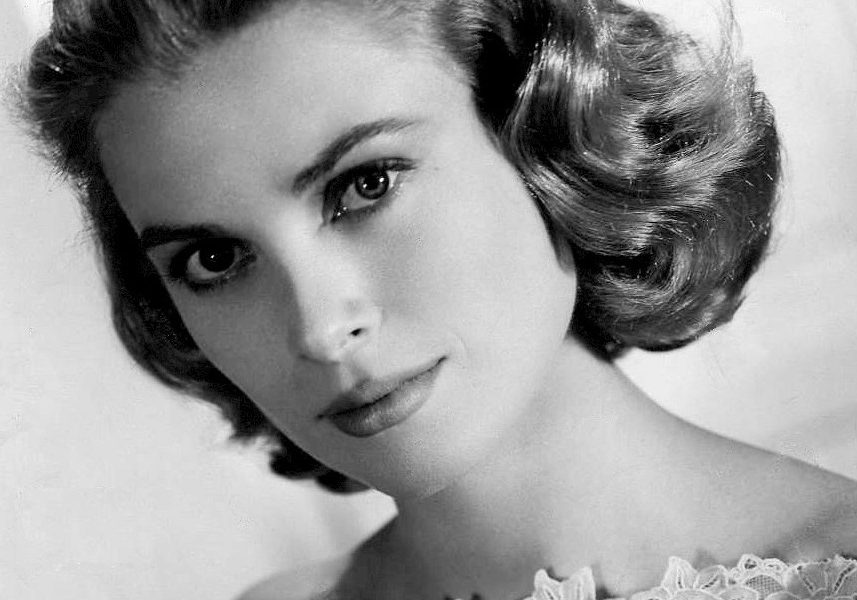 Grace Patricia Kelly was born on 12 November 1929 in Philadelphia, Pennsylvania. She was well-known as an actress, starring in films like Dial M for Murder, To Catch a Thief and High Society. She became the Princess of Monaco 18 April 1956 when she wed Rainier III, Prince of Monaco.

Success ran in the family, as her father John Kelly was a three-time Olympic gold medalist for the United States as a member of the rowing team. He was also a self-made millionaire after he started one of the most successful brick businesses in the eastern United States. During the Second World War, John was appointed as National Director of Physical Fitness by President Franklin D. Roosevelt. Her mother, Margaret taught physical education and was the first coach of women’s athletics at the University of Pennsylvania in Philadelphia. Grace had two paternal uncles who were involved in the arts. Her uncle Walther was a vaudeville star and actor who was in films for Metro-Goldwyn-Mayer and Paramount Pictures. Her uncle George won a Pulitzer Prize for Craig’s Wife, which was a 1925 play he had written. Grace had three siblings: Margaret, John Jr. and younger sister, Elizabeth. John Jr. was a four-time Olympian rower who won bronze in the 1956 Olympic Games in Melbourne, Australia.

On 1 December 1929, Grace was christened at St Bridget’s Roman Catholic Church. Her family was able to escape the Great Depression unscathed. Her father had held his wealth in cash and government bonds. The Kelly family lived in a mortgage-free seventeen-room brick mansion on Henry Avenue complete with a tennis court and household servants. They lived a privileged life during the financial crisis, which included sending their four children to private schools. Grace attended the prestigious Catholic school, Ravenhill Academy and later, Stevens School, where she graduated in 1947.

Her love for acting began at a young age. She was always participating in school and community plays. In her high school yearbook at Stevens School, the “Stevens’ Prophecy” section had this prediction, “Miss Grace P. Kelly – a famous star of stage and screen.” Grace’s parents did not approve of her aspiration to become a Hollywood actress, but her uncle George encouraged and mentored her during her time in the film industry.

She was admitted into the American Academy of Dramatic Arts in New York City, where she was a part-time model and cover girl for publications like Cosmopolitan and Redbook. She graduated from the academy at the age of 19 and attempted a career on Broadway. However, she soon found that Broadway was not the right fit and decided to move to California.

In 1951, Grace was discovered by Gary Cooper on the set of Fourteen Hours, who requested that she play his wife in High Noon. This was the first major film role of her career. It was just a year later when she starred alongside Ava Gardner and Clark Gable in Mogambo. This film resulted in Grace being nominated for her first Academy Award and winning a Golden Globe for Best Supporting Actress. As a result, MGM Studios offered her a seven-year contract.

She would be noticed by famed Hollywood film director, Alfred Hitchcock, and he would offer her roles in a number of films including Dial M for Murder, To Catch a Thief, and Rear Window. He would also become a great mentor for the young actress.

She would go on to win an Academy Award in 1954 for her role as Georgie Elgin in The Country Girl. By 1960, Grace had a star on the famous Hollywood Walk of Fame in downtown Los Angeles.

As one of the most respected and highly paid actresses in Hollywood, Grace was asked to join the United States Delegation Committee at the Cannes Film Festival in France in April of 1955. While there, she was invited to participate in a photo shoot at the Palace of Monaco. There Grace, who was dating a French actor by the name of Jean-Pierre Aumont, met Prince Rainer III.

After meeting Rainer, she returned to the United States to work on her new project, The Swan. Ironically, Grace was portraying a princess in the film. It was when she returned to the States that she began secretly talking with the Prince of Monaco. He would make a trip to America in December of that year and would meet the Kelly family in Philadelphia. He would propose to Grace on Christmas at her family home, and their engagement was announced on 5 January 1956. The engagement announcement was held at the Kelly family home with a scheduled press conference. Her family had to pay a $2 million dowry before she could marry Prince Rainer. Her father, John was not happy with this, but eventually relented after Grace persuaded him to pay it. There have been reports that Grace paid half of the dowry herself.

The wedding would be dubbed “the wedding of the century” with the date set for 19 April at St Nicholas Cathedral. The civil ceremony was on 18 April. Her wedding gown was a gift from MGM and was designed by her personal friend, Helen Rose, who was also the costume designer for the studio. In exchange for releasing Grace from her contract, MGM was allowed to film the ceremonies for television and cinema. The Wedding of Monaco was later screened worldwide. After the civil ceremony, they had a reception for approximately 3,000 Monegasques, but for their reception after the religious ceremony, only 600 people, who were invited to the ceremony, were permitted to attend. For their honeymoon, Grace and Rainer travelled on his yacht for seven weeks in the Mediterranean. Upon her marriage, Grace became Her Serene Highness, The Princess of Monaco.

The Prince and Princess of Monaco’s first child, Princess Caroline was born on 23 January 1957. Before the birth of Caroline, the United States consul in Nice, France, requested that the U.S. State Department make a ruling on the citizenship status of Grace, who retained her American citizenship, and Rainer’s children. Reportedly, the consul was told that their children would be born dual citizens of both the United States and Monaco. Their second child, Prince Albert was born on 14 March 1958. Their third child, Princess Stéphanie was born on 1 February 1965. All three children were born in the Prince’s Palace of Monaco.

Grace’s film career ended when she wed Rainer, and she threw herself into her new role as a princess. She dedicated herself to learning French and was very beloved by the Monegasque people. Philanthropic work was of utmost importance to the new princess, and she founded the World Association of Children’s Friends in 1963. The next year The Princess Grace Foundation was established. The Princess Grace Ballet Academy was created in her honour, and in 1976, she became a member of the board of Twentieth Century-Fox Film Corporation. Further, she served as the president of the Monaco Red Cross until her death in 1982. She found her role as wife and mother as the most important roles in her life.

She had opportunities to return to making films. Alfred Hitchcock attempted to persuade her to star in the 1962 film Marnie, but public outcry in Monaco caused her to decline the offer. She did return to the arts but in a different form. She narrated a documentary called The Children of Theater Street. She would also provide narration to a 1966 made-for-television movie called The Poppy is Also a Flower. More, she would work with her husband on a short film entitled Rearranged that would gain the interest of the ABC television network. However, they requested that the film be extended by an hour, but tragically, the added scenes were never able to be shot.

Grace and her youngest daughter Stéphanie were on their way back to Monaco from their home in France on 13 September 1982, when Grace suffered a stroke. The stroke caused the car to go over a cliff. Young Stéphanie attempted to gain control of the car but was unable. Both were taken to Monaco Hospital with severe injuries. Grace’s injuries were so severe that she was put on life support. With no hope of a recovery for the princess, Rainer made the difficult decision to take his wife off of life support. She died on 14 September at 10:55 pm.

Princess Grace’s funeral was held at St Nicholas Cathedral on 18 September, where over 400 guests came to pay their respects to the late princess. Diana, Princess of Wales was the British representative at the service. She is interred at the Grimaldi family vault. A separate memorial service was held in California at a later date with actor James Stewart delivering the eulogy.

Prince Rainer passed away on 6 April 2005. Rainer and Grace’s only son, Albert then assumed the role of Prince of Monaco. He married South African Charlene Wittstock in 2011. They have one-year-old twins, Princess Gabriella and Prince Jacques, who will turn two on 10 December.