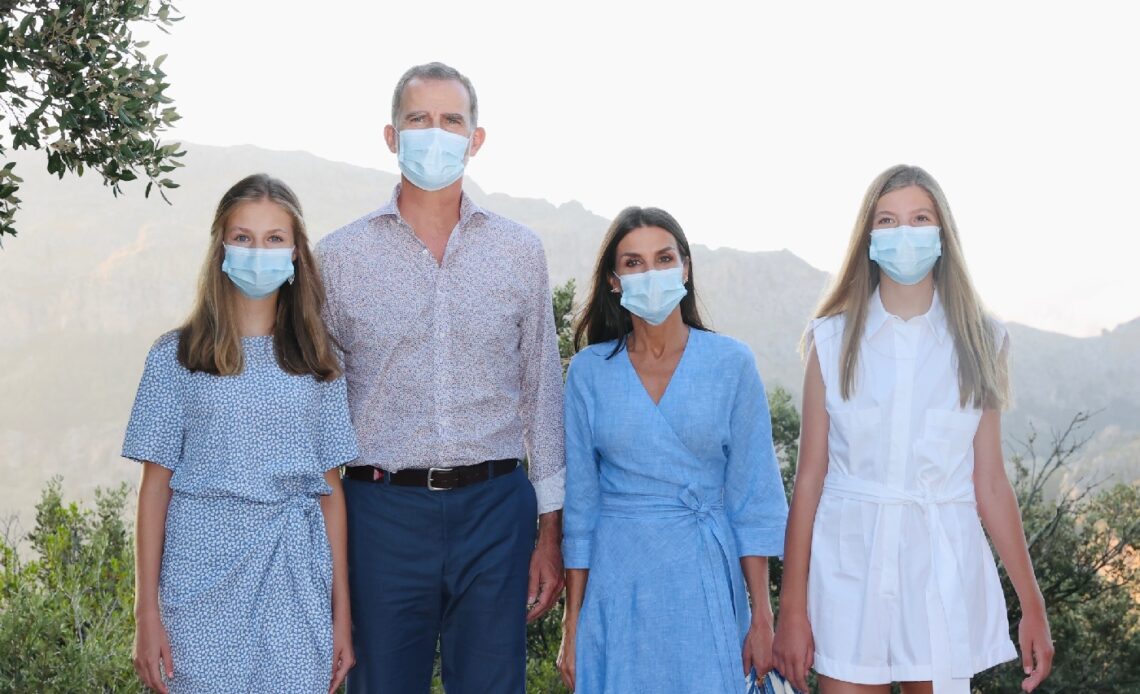 On Wednesday, the Spanish Royal Family conducted a series of engagements in a natural reserve on the island of Palma de Mallorca.

The events are part of the royals’ agenda in the Balearic Islands, which for them is a fixture of summer holidays. Queen Letizia handed out prizes to Dame Judi Dench, King Felipe met with political figures, and on Saturday, he will award the prize to the King’s Sailing Cup winner.

But Wednesday’s visit was all about nature and spirituality. King Felipe, Queen Letizia and their daughters arrived at the park and were welcomed by Balearic authorities.

They then went inside the Ca s’Amitger building to take part in a visit about the ecosystem of the Serra de Tramuntana Natural Park, through which they were escorted by the park’s director, Susana Liobet.

The Serra de Tramuntana is the main mountainous formation of the island of Palma and is mainly made of limestone, which, coming in contact with the water that surrounds the island, has given Palma a unique look.

Following the visit, the family trekked to the Lluc Sanctuary Basilica, where they were welcomed by the Archbishop of Palma, Sebastià Taltavull, and other local authorities. The Archbishop conducted a moment of prayer inside the Basilica in the presence of the Royal Family. Outside the Sanctuary, the entire family signed the guest book and was gifted a book.

The Basilica is the island’s spiritual centre and is a popular destination for both tourists and locals. It offers accommodations, recreational areas and camping spaces.

After that, they continued the walk on the Rosario Mount Route, along which there are stone monuments with bronze high-reliefs commissioned by Antonio Gaudí. Once they reached the third mystery monument, they concluded their walk by posing for pictures in front of a spectacular view of the park.

Afterwards, King Felipe, Queen Letizia, Princess Leonor and Infanta Sofía visited Escorca, where they received a warm welcome from the municipal council. Then, in the Room of Honour of the Municipality, they signed the Guest Book and the day of activities was concluded.

This will be one of the last times the public will get to see Princess Leonor before she leaves for Wales, where she is expected to start her courses at UWC Atlantic on the 30th of August.