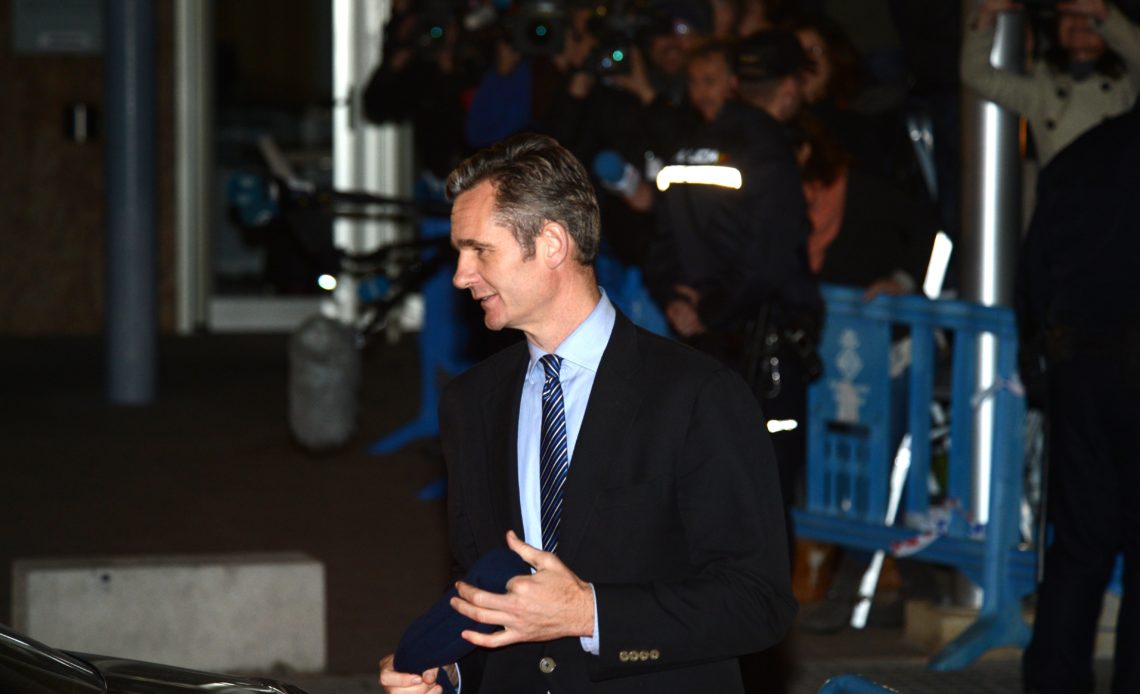 Spain’s Supreme Court has upheld the prison sentence for Iñaki Urdangarin. Urdangarin is the husband of Infanta Cristina and brother-in-law of King Felipe VI. They ruled on Tuesday that Urdangarin must serve five years and ten months; the Court’s ruling is five months shorter than the one ordered by the regional court on Mallorca – the largest island in the Balearic Islands.

Additionally, the Supreme Court lowered the fine imposed on Infanta Cristina, the first member of the Spanish Royal Family to stand trial, by the lower court. She now only has to pay half of the original amount, which was €265,000.

Urdangarin, Infanta Cristina and their family have been residing in Geneva, Switzerland, since the conviction last year. It was on 17 February 2017 that the verdict was announced in the Noos case. Then, Infanta Cristina of Spain was found not guilty of corruption charges following a lengthy trial in Palma de Mallorca for corruption and money fraud. However, Iñaki was convicted and sentenced to six years and three months. Although acquitted of being an accessory to fraud, Cristina was still ordered to pay a fine of €265,000.

Urdangarin’s business associate was also found guilty and sentenced to eight years and six months in prison. Additionally, he was required to pay a €1,723,843.10 fine. However, his sentence was lowered, as well, by the Supreme Court. He now will only serve five years and eight months.

Cristina and Iñaki were accused of defrauding taxpayers of funds through embezzlement and money laundering in excess of £4.5 million through the non-profit organisation the Noos Institute. Infanta Cristina was a member of the board, and Iñaki served as the director.

Specifically, Cristina was accused of using money from the organisation for personal expenses. Iñaki was arraigned on charges of tax fraud and money laundering. He and his business partner Diego Torres have been accused of hugely overcharging two regional governments (The Balearic Islands and Valencia) that participated in different sporting events organised by the Noos Institute.

Formal charges against him were brought in December 2011. However, charges were not brought against the Infanta until Spanish judge Jose Castro formalised the charges in June 2014. Fifteen other people besides Infanta Cristina and Iñaki were indicted in the case, as well.