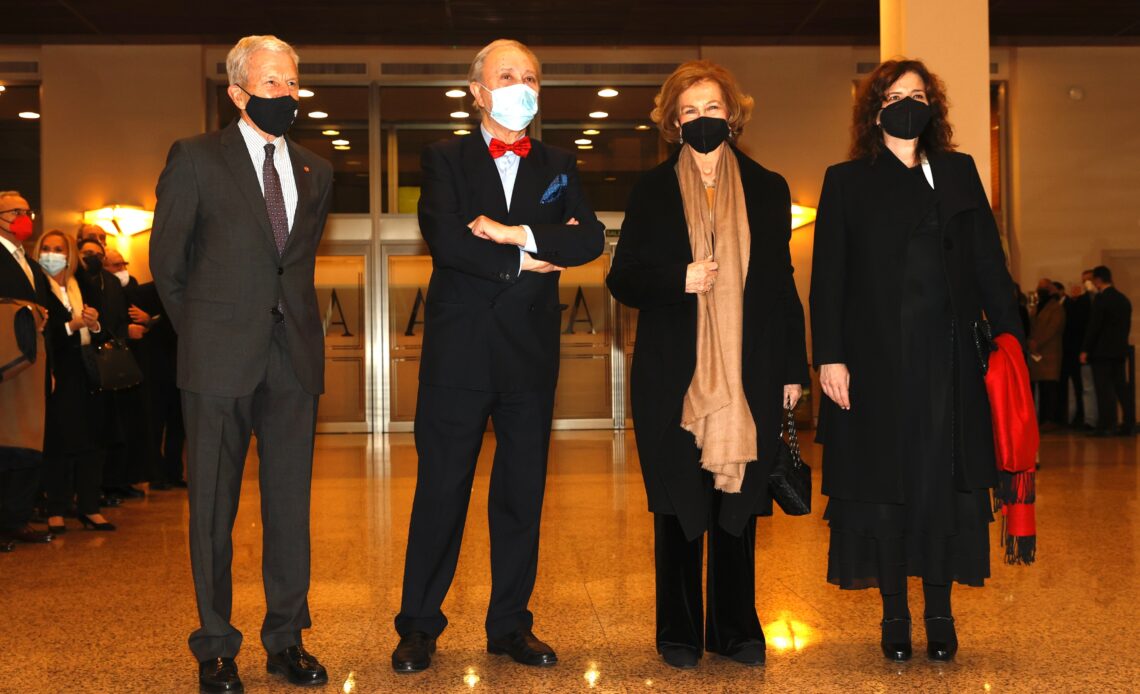 Shortly after her son and daughter-in-law began their public engagements for 2022, Queen Sofía of Spain has also resumed her agenda by attending a charity concert.

Her Majesty arrived at the National Auditorium of Music in Madrid on the evening of January 8th and she was welcomed by many authorities including the President of Caritas Spain.

The concert was held in the Sinfónica Hall of the Auditorium and was titled Sinfolírica Foundation. XXI Gran Gala of Zarzuela of the New Year, benefitting Caritas.

The concert was a compilation of the best pieces of opera and symphonic music, and saw the presence of more than 200 artists.

Queen Sofia posed for a picture with the authorities before entering the Hall and occupying her first row seat to listen to the welcome messages from the Presidents of the Sinfolírica Foundation and Caritas Spain.

During the mid-concert break, Her Majesty walked backstage, where she posed for pictures with musicians, artists and other authorities.

Caritas Spain is the branch in the country of Caritas international, the head organisation for all charity and social action entities under the Catholic Church.Their aim is to “promote human development of all people and all populations, especially the poorest and most marginalised”, according to the Spanish Royal House’s website.

Caritas Spain was founded in 1947 by the Spanish Episcopal Conference, which means that the organisation celebrates this year its 75th anniversary.

Her Majesty has long been involved with charities that promote a more equitable societal development, and this includes her Foundation’s latest projects, which aims at providing food banks with refrigerated trucks and spaces within their warehouses, so as to give those in need the opportunity to still get fresh produce, and not simply tinned and non perishable goods.