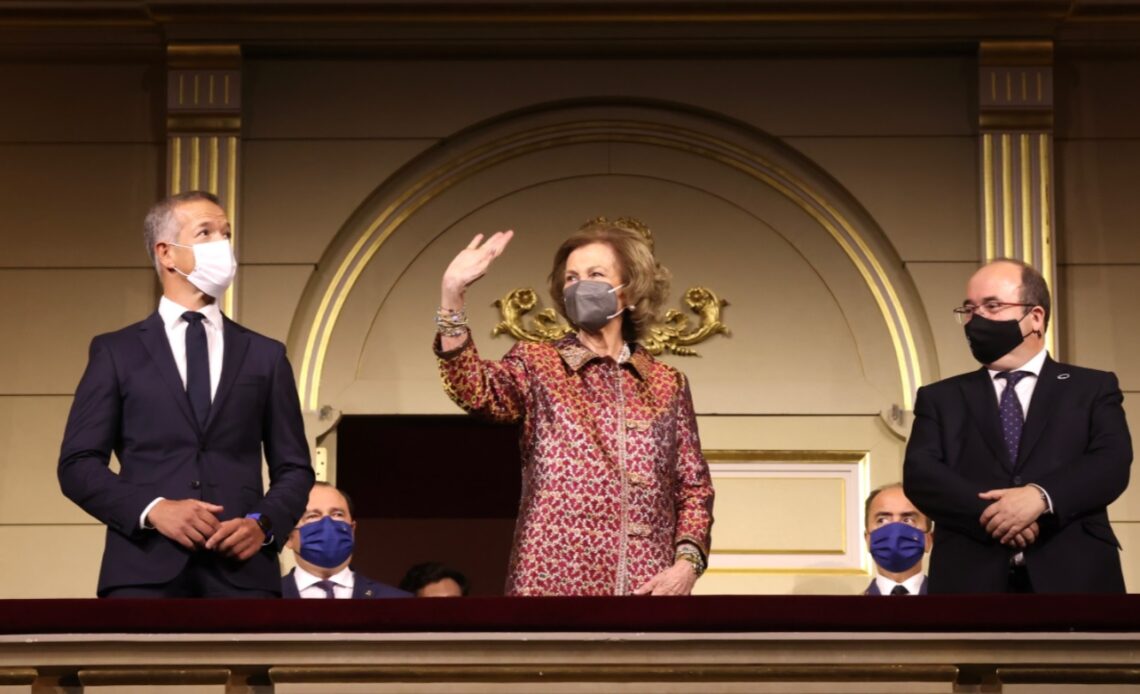 Queen Sofía of Spain has enjoyed an evening at the theatre, celebrating two important milestones for one of Spain’s most famous arts establishments.

In a change of customs, it was Sofia who attended an event that is generally presided by the King Felipe and Queen Letizia, the opening of the new season of the Royal Theatre in Madrid.

Queen Sofía then entered the Royal Box, where she was welcomed by a long round of applause that continued even during the playing of the short version of the national anthem.

The theatre opened this season with La Cenerentola, an opera by Italian composer Gioacchino Rossini, with the libretto written by Jacopo Ferretti. The story was inspired by the novel “Cinderella” by Charles Perrault.

The opera was composed by Rossini in what is believed to be a period of just three weeks; the author was 25, and La Cenerentola came out just one year after the massive success that was his most famous composition: The Barber of Seville.

Teatro Real organised a pre-inauguration show on 20th of September for young people, part of a project dedicating to get younger generations closer to theatre and opera specifically.

At the end of the show, Queen Sofía took to the stage and spoke to the production team and the main artists on stage.

La Cenerentola for this 2021-2022 season has been produced under Musical Director Riccardo Frezza, Scene Director Stefan Herheim and the Choir and Orchestra of the Teatro Real. The show was co-produced by Oslo’s Den Norske Opera and Opéra Nationale de Lyon.