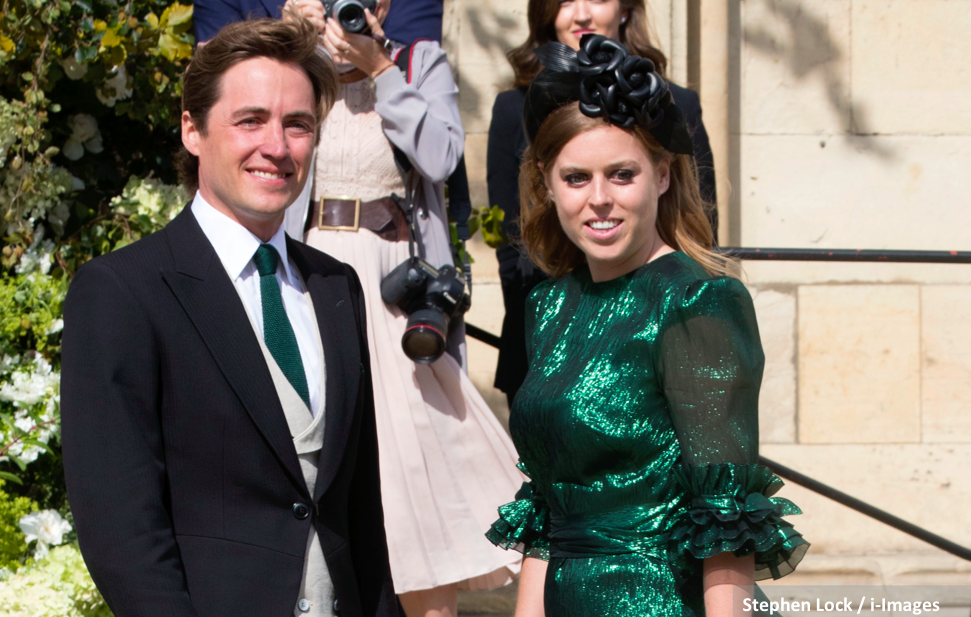 Princess Beatrice and Edoardo Mapelli Mozzi welcomed their first child together, a daughter, on 18 September. While it is unknown what name the couple has chosen, the public already knows what the child’s official title will be. Passed on by her father’s family, the baby will be given the Italian title of Nobile Donna, which translates to Noble Woman.

While her father goes by Edoardo, his official title is Count. Edoardo is from a family that was part of Italian nobility before the country became a republic in 1946. His family continues to retain the titles but does not use them in everyday life. Because titles are passed down from the father’s side of the family, the baby will inherit one.

Princess Beatrice’s daughter receiving a title is in contrast to her cousin, Princess Eugenie’s son, August. Born in February, August does not have a title because his father, Jack Brooksbank, does not carry one. Upon their October 2018 marriage, Eugenie and her husband were not given new titles by The Queen.

Beatrice and Edoardo married on 17 July 2020 in a private ceremony in Windsor, less than a year after they first announced their engagement. Beatrice, the elder daughter of the Duke of York, inherited the title of Countess and Nobile Donna from her husband’s side of the family. However, like her sister Eugenie, Beatrice and her husband did not receive new titles from The Queen.

Edoardo’s father, Count Alessandro Mapelli Mozzi, said in 2019 of his son: “Edoardo is the only male descendant taking the family into the next generation. He is a count. His wife will be a countess automatically, and any of their children will be counts of nobile donna.”

Buckingham Palace announced the birth of the royal baby on Monday, 20 September. The baby was born at the Chelsea and Westminster Hospital London at 23:42 and weighed 6 pounds and 2 ounces. The baby is the 12th great-grandchild for The Queen and the second grandchild for the Duke and Duchess of York.