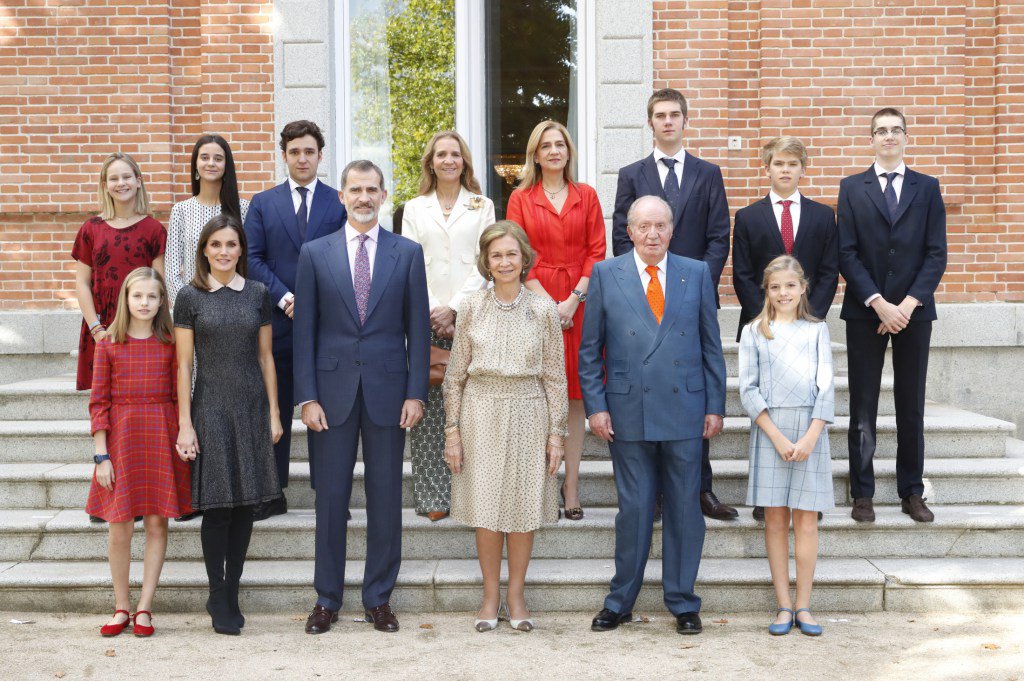 Queen Sofía of Spain celebrated her 80th birthday yesterday with a private lunch at Zarzuela Palace in Madrid with her husband, King Juan Carlos, children and grandchildren.

Even Juan Carlos and Sofía’s scandal-plagued daughter, Infanta Cristina was in attendance after being out of the royal fold for years due to her and her husband’s trial for fraud and money laundering. However, she did attend the Mass for her late paternal grandfather, Infante Juan, Count of Barcelona in April of this year but was not seen in any photos released by the Royal House.

The celebration and photo were changes from the celebrations of King Juan Carlos’s 80th birthday in January of this year. At that private family lunch, also at Zarzuela Palace, Infanta Cristina and her family were not invited. The image Casa Real released on that day only included King Juan Carlos, Queen Sofía, King Felipe, Queen Letizia, Princess Leonor, Infanta Sofía, Infanta Elena and her children, Felipe and Victoria.

Queen Sofía was born as Princess Sophia of Greece and Denmark, the eldest child of King Paul and Queen Frederica of Greece on 2 November 1938 in Tatoi Palace in Athens, Greece. She has two younger siblings: King Constantine II of Greece and Princess Irene.

She married then Infante Juan Carlos of Spain on 14 May 1962, converting from Greek Orthodoxy to Roman Catholicism and changing the spelling of her name to its Spanish variant “Sofía”.

From all of us at Royal Central, Feliz Cumpleaños Su Majestad/Happy Birthday Your Majesty!