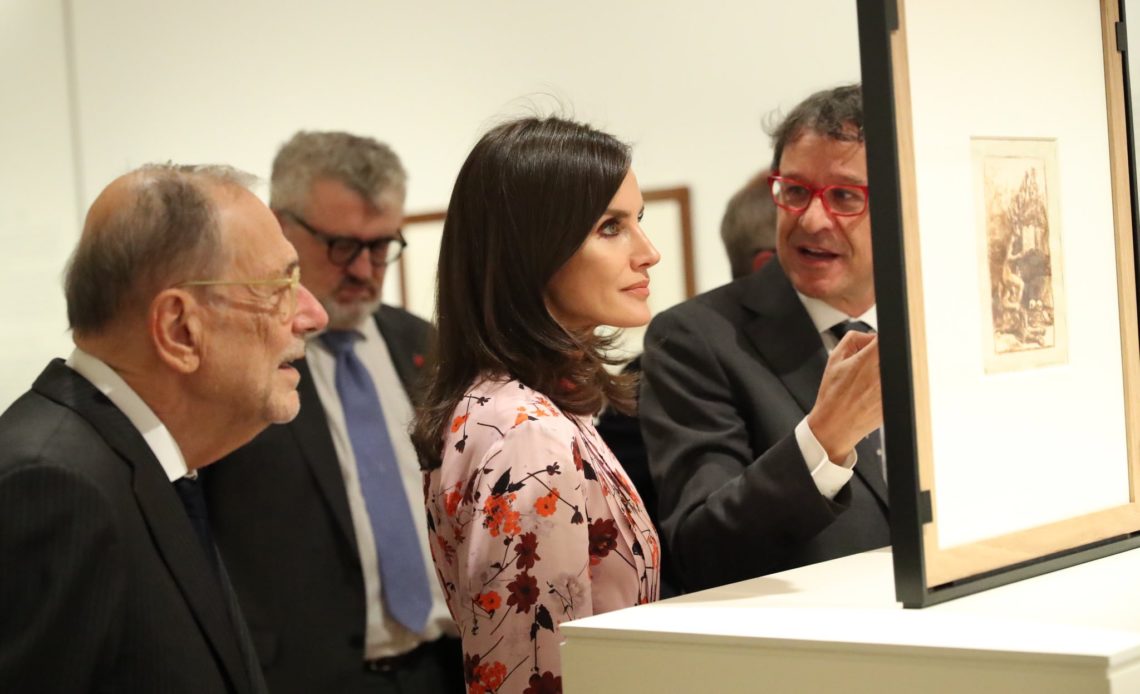 Queen Letizia of Spain opened a brand new exhibition on the Spanish artist Goya earlier this week. Queen Letizia presided over the opening ceremony of the exhibition, which offers a chronological tour of Goya’s work and includes several of his drawings.

The Spanish queen arrived at the Prado Museum in Madrid where she was received by the Minister of Culture as well as the institution’s director and the president of its royal board.

Queen Letizia held a brief meeting with the members of the Royal Board of the Prado National Museum and with the curators of the display. Following that, she toured the exhibition. Mexican tenor Javier Camarena sang traditional Spanish songs from the era of Goya t accompanied by Patricia Barton on the piano. Following the ceremony Queen Letizia talked with the guest before returning to the royal palace.

This exhibition is the result of the work carried out to develop a new catalogue of Goya’s drawings. Since the 1973 Gassier catalogue was published, the number of drawings has undergone modifications and there has been a need to develop a new catalogue. The exhibition brings together more than a hundred of Goya’s drawings, coming from the Prado’s own collections and from public and private collections around the world.

The event also marked the fact that the Prado Museum could celebrate its two centuries of existence. The Prado Museum is the main Spanish national art museum, located in central Madrid. It is widely considered to have one of the world’s finest collections of European art. Founded as a museum of paintings and sculpture in 1819, it also contains important collections of other types of works. The collection currently comprises around 8,200 drawings, 7,600 paintings, 4,800 prints, and 1,000 sculptures, in addition to many other works of art and historic documents.

Francisco Goya was a Spanish romantic painter and printmaker. He is considered the most important Spanish artist of the late 18th and early 19th centuries. Goya became a court painter to the Spanish Crown in 1786 and this early portion of his career is marked by portraits of Spanish aristocracy and royalty, and Rococo style tapestry cartoons designed for the royal palace.