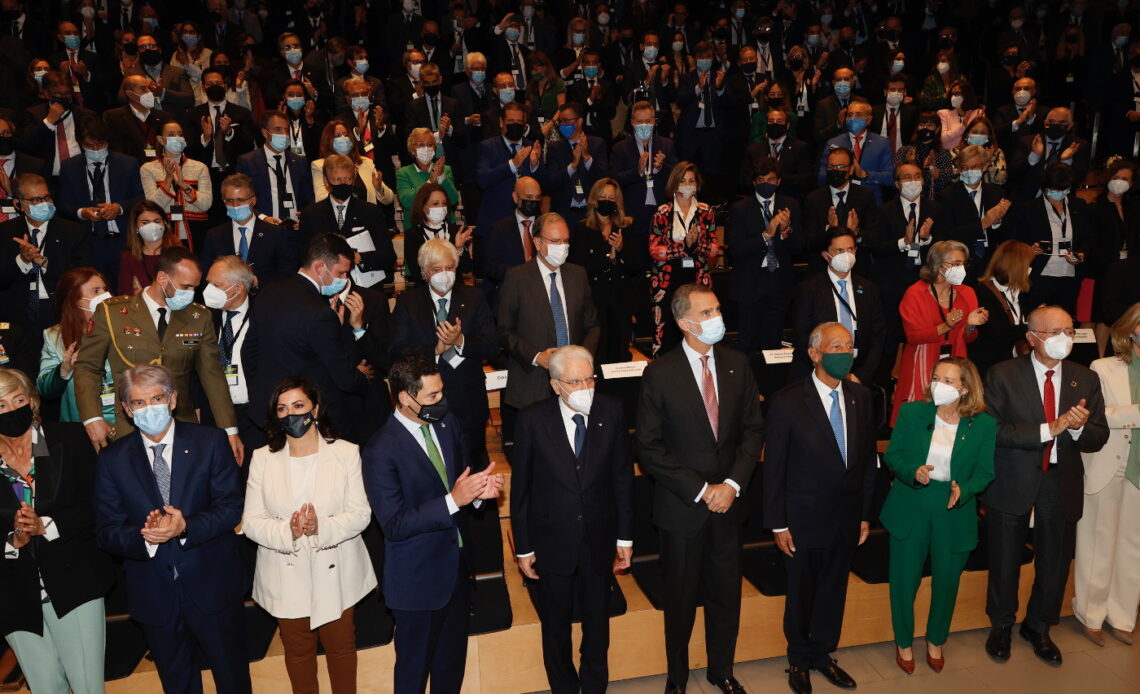 Following a glittering State Dinner and a morning speech to the Spanish Parliament, Italian President Sergio Mattarella concluded his State Visit to Spain by reuniting with King Felipe to attend the 14th Cotec Europe meeting in Malaga.

Upon his arrival at the Edgar Neville Auditorium in the mid-afternoon of Wednesday, 17 November, King Felipe was welcomed by local authorities, including the President of the Andalusian Parliament and the Mayor of Malaga.

Following the official welcome, the conference started with interventions from the Minister of Economic Affairs and Digital Transformation and the President of CaixaBank, before the three keynote speakers took the stage.

First to speak was the Portuguese President Marcelo Rebelo de Sousa, then it was Italian President Mattarella’s turn behind the microphone.

King Felipe was the last head of state to speak, addressing the audience with a speech focusing on the growing challenges of industrialisation that gives more and more space to robots, and that is increasingly relying on a global market, rather than a local consumer base, with the results of international events, such as the pandemic we are living through, having even more devastating effects on each country’s economy than in the past.

The act was then declared concluded, and King Felipe hosted a dinner at Gran Hotel Miramar in Malaga for all authorities taking part in the Cotec Summit. Before the dinner, His Majesty addressed a toast to everyone present, and after the dinner, the three heads of state attended a meeting with participants.

Cotec is a foundation created in 1992 on King Juan Carlos’s wishes to promote scientific and technological research among the Spanish population and give Spanish businesses the tools to move forward in their adoption of technological innovation.

In 2002, Cotec Italy was born, and in 2004 they were joined by Cotec Portugal; all three foundations nowadays promote scientific and technological research in business to solve modern-day challenges in the Mediterranean area.