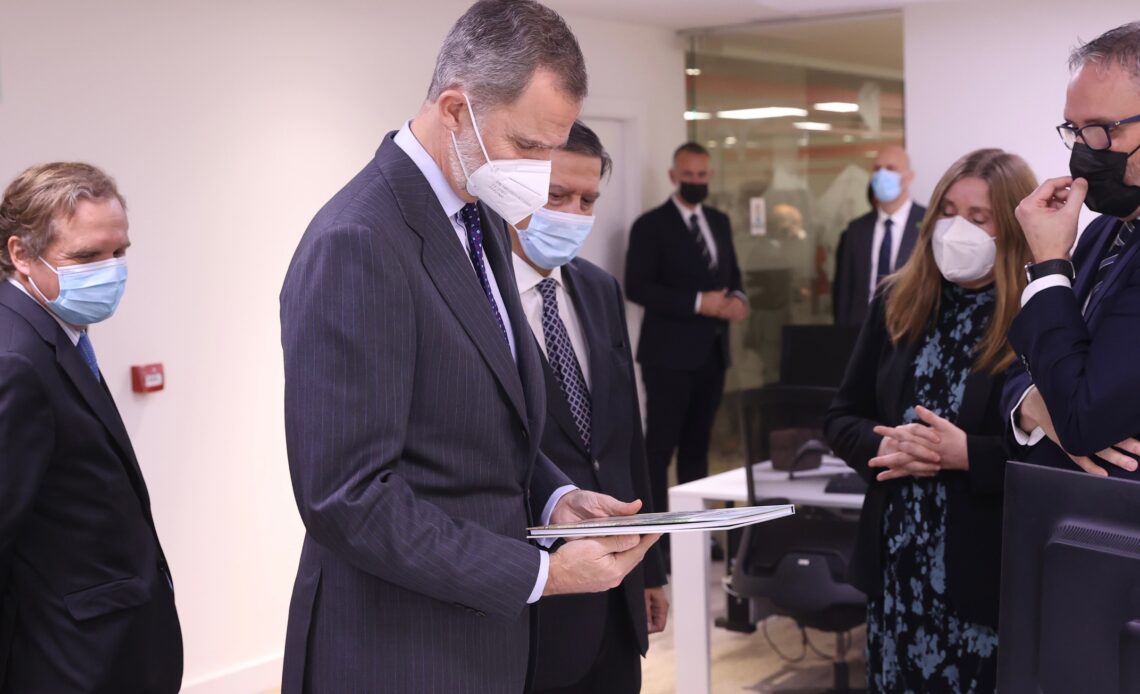 “El Correo” is a leading daily newspaper in Bilbao and the Basque Country of northern Spain and a popular paper in Spain. .King Felipe has been in Bilbao to open its new headquarters.

On January 18th 2022, King Felipe officially inaugurated the new headquarters of”El Correo”, which after 55 years in the Bolueta neighbourhood, has come to occupy two floors of the Sota Building, the building built on Bilbao’s well known Gran Via street. In 2003, His Majesty the King, being the Prince of Asturias, visited the newspaper’s old facilities. With this transfer, the newspaper manages to bring together in the same location the headquarters of its newsroom and a representative space in the heart of the city, where the newspaper interacts with its readers.

King Felipe was received upon his arrival by the President of the Basque Parliament, Bakartxo Tejería and other local officials. The Spanish monarch was greeted by the directors of El Correo, Jose Maria and Jorge Bergareche and Inaki Arechavaleta, in the council room, and then took part in a meeting in which he learned about the history and current context of newspaper.

After the meeting, King Felipe began a tour of the facilities of the new headquarters in which he was able to visit different sections, such as marketing, commercial and events, commercial administration, Bilbao editorial services, human resources and the area of direction.

At the end, the Spanish monarch continued his visit with a brief visit to the local office of the newspaper that focus on local news, sports, economy and culture before heading to the facilities of the Master of Journalism of the University of the Basque Country. After the visit, and after a few words of thanks from the president of “El Correo”, the King unveiled a plaque commemorating his visit.

The first issue of the newspaper, under the title “El Correo Espanol-El Pueblo Vasco”, appeared on April 13, 1938, as a merger of two previous publications: “El Pueblo Vasco”, founded on May 1, 1910 and “El Spanish Mail”.