King Felipe of Spain attends the President of Ecuador’s inauguration 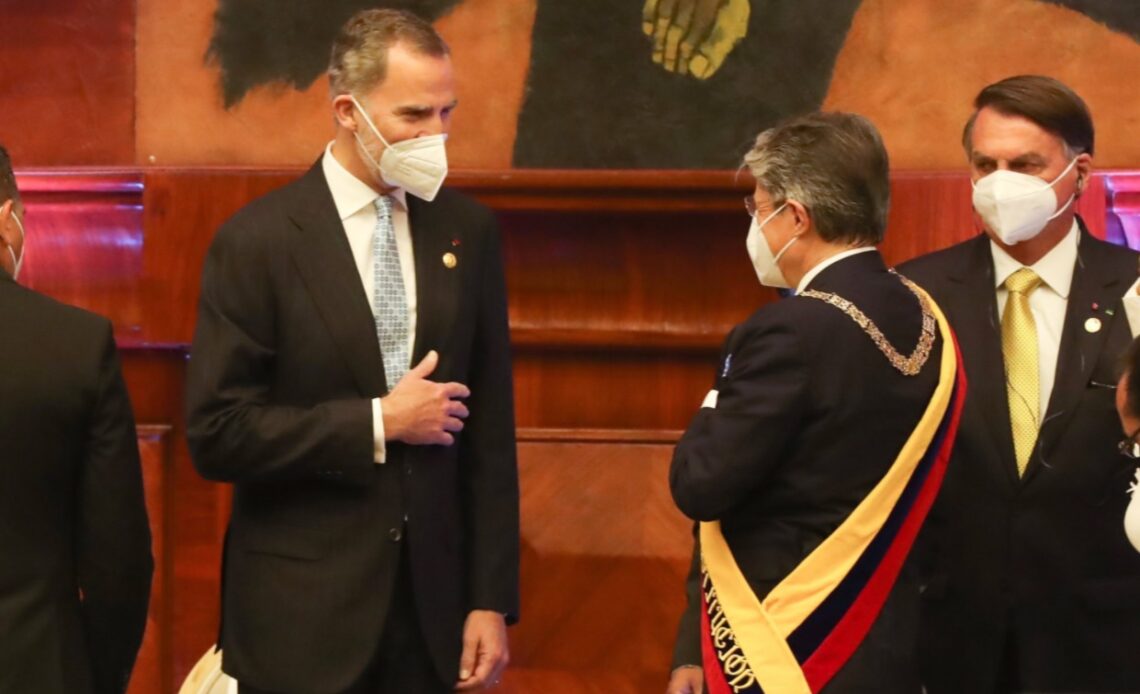 King Felipe has attended the inauguration of Guillermo Lasso Mendoza as President of the Republic of Ecuador.

Spain’s king travelled to Ecuador’s capital, Quito, on May 23rd 2021, to begin his participation in the constitutional process of the new president’s inauguration. He departed from Madrid’s airport and was joined on this trip by Spain’s Minister of Foreign Affairs, European Union and Cooperation, Arancha Gonzales.

On the night of his arrival, King Felipe took part in an official dinner at Carondelet Palace in Quito, before meeting with a representation of the Spanish community in Quito.

It is a well-established tradition for Spanish monarchs to be present for the inauguration of Heads of State of Ibero-American countries. King Felipe has also travelled to Argentina and Bolivia, among other countries, for the same reason.

This trip comes in the same week that King Felipe’s elder daughter, the Princess of Asturias, will be confirmed. The King should be back for the celebration and there are currently no indications that he has to be quarantined upon returning to Spain.

This is just the second trip abroad for King Felipe since the start of the Covid-19 pandemic in March 2020; the first was a State Visit to Andorra in March 2021.

The Palace has not yet divulged any information of King Felipe’s vaccination status and Spain is advising against non-essential travel until June 8th 2021. However, both of King Felipe’s trips abroad were considered essential work trips and are therefore authorised.

Zarzuela Palace has also been forced recently to comment on the King’s sisters, Infanta Elena and Infanta Cristina, receiving the coronavirus vaccine in Abu Dhabi, where they were visiting their father, King Juan Carlos. Neither was yet eligible in Spain for the vaccination at the time they received their jabs. The statement said: “The King is not responsible for his sisters’ actions because they are no longer part of the Royal Family.”