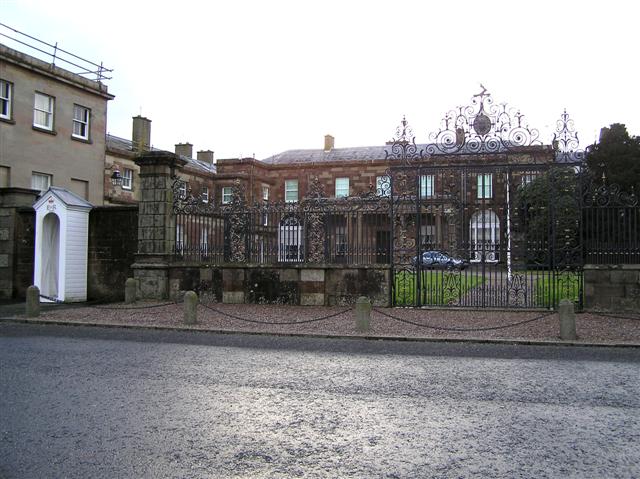 The Queen’s official home in Northern Ireland, Hillsborough Castle, is getting ready to welcome visitors back inside. The home also serves as the residence of the Secretary of State for Northern Ireland and a guest house for prominent international visitors.

The historic royal gardens were developed from the 1760s and feature ornate formal gardens, woodland and meadows. There are also a number of specimen trees and rare plants on display. One notable part is the Walled Garden that dates back to the 18th century. The large, four-acre site is used to produce fruit, vegetables and flowers for the castle.

Lady Alice’s Temple is also a popular spot with visitors. It’s the place where former Secretary of State, Mo Mowlam, once found serenity from the pressures of politics. The temple was given as a wedding gift to Lady Alice Hill by her brother, the 5th Marquess of Downshire, in 1867. Around the temple, visitors can also explore a yew tree walk which is the route of the original road to the town of Moira, which passed in front of the home and into The Square. Becoming enclosed in the mid-1800s, the walk is now named after the Irish Yew trees that line its path.

In more modern times, the Granville Garden was created and named in the 1940s and 1950s by The Queen’s aunt, Lady Rose Bowes-Lyon, the wife of the Earl of Granville and the second Governor of Northern Ireland. The Queen and her younger sister, Princess Margaret, were known to visit their aunt and uncle at the castle. The Queen first stayed with Lord and Lady Granville in 1945 and, to this day, still likes to see the gardens when she comes to visit. Overlooking the garden is the State Dining Room, where The Queen also still hosts dinners to this day. With her spot right in front of the fireplace, she has a direct line of sight into the garden.

For those who may have difficulty walking the paths, there are step-free routes available throughout the palace grounds. From 28 September to 2 April, visitors are only able to visit the gardens.