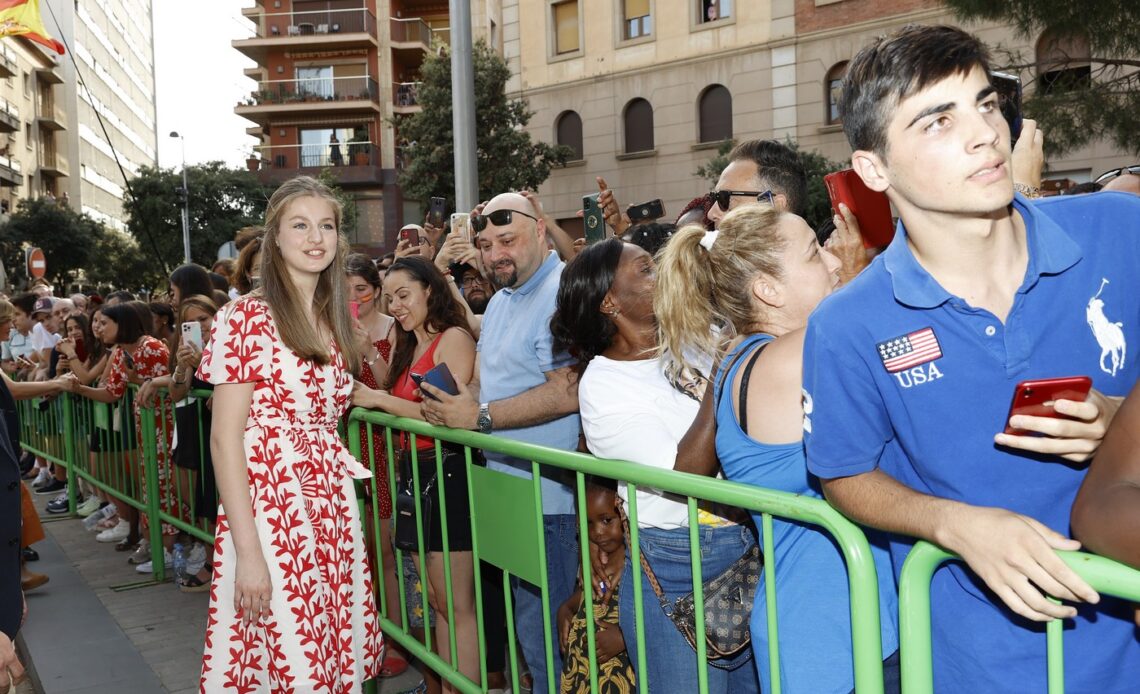 All eyes have been on Princess Leonor’s hands as the Spanish royals are visiting Girona.

The Princess of Asturias and her sister, Infanta Sofía, have undertaken several engagements in the city, but what has caught the Spanish media’s attention is the heir to the throne’s hands, which appear to have burns on them.

Leonor, 16, has what appears to be burn injuries to three fingers on her left hand that were visible as she and her sister visited the Dalí Theatre-Museum on 3 July.

How the injury occurred is unknown, as the Spanish Royal House has not commented on the matter.

The two sisters visited the Dalí Theatre-Museum as their first engagement in Girona to attend a working session of the Princess of Girona Foundation. They received a tour of the museum and greeted well-wishers who had come out to see them on the street.

Ahead of the Princess of Girona Foundation Awards on 4 July, Leonor and Sofía, 15, also took part in a coding workshop by Hadi Partovi, CEO of Code.org, at Albéniz Mansion. This English language workshop included the participation of young people from the “Generation Teachers” program. The workshop related to the evening awards as the Princess of Girona Foundation, AulaPlaneta and Code.org all worked together to promote coding and computer science in the classroom.

King Felipe and Queen Letizia joined them at the end of the session after they had concluded a meeting with the members of the Advisory Council of the Princess of Girona Foundation at the Barcelona museum.

After the workshop, the family met with the winners of the Princess of Girona Foundation Awards ahead of the evening ceremony.