The king who gave his own daughter-in-law away 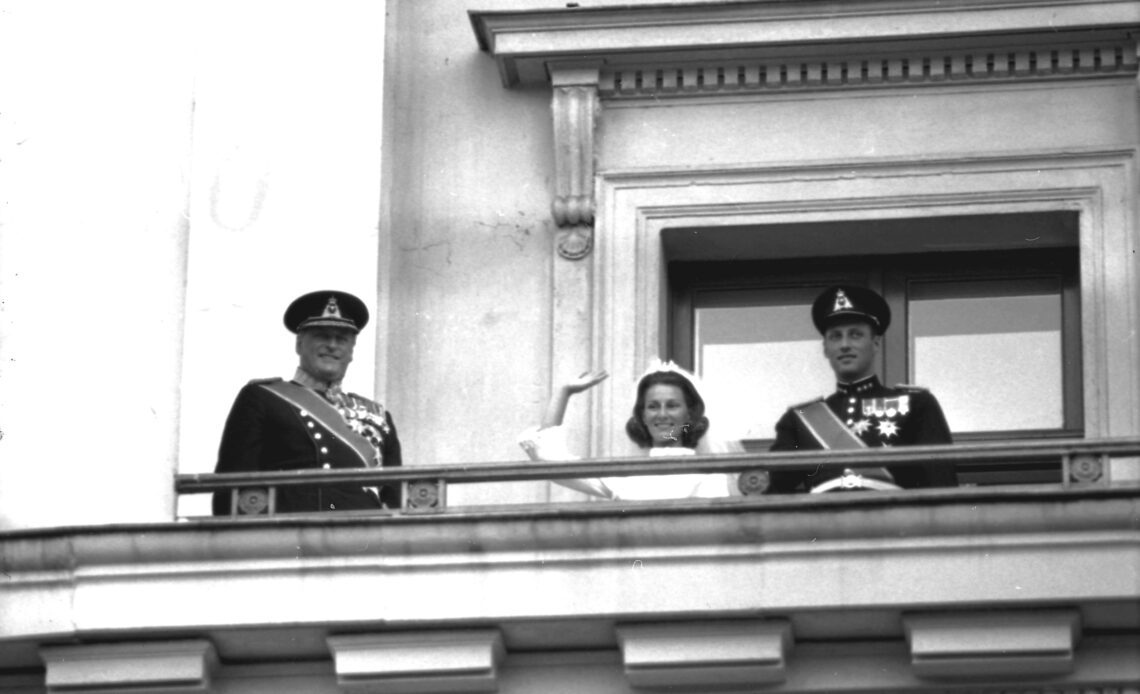 When Crown Prince Harald announced his intent to marry commoner Sonja Haraldsen, King Olav knew his future daughter-in-law’s father had died almost a decade before; so, being a gentleman, the monarch chose to escort Sonja down the aisle to his son.

Crown Prince Harald married the love of his life on 29 August 1968 after announcing their engagement on 19 March 1968. The couple had dated secretly for nine years as Sonja was a commoner. There was no one else for Harald but Sonja, and he made that clear to the King. He vowed that if he couldn’t marry her, he would marry no one – effectively ending the current line in the Norwegian Royal Family. The King spoke to the Norwegian government, and they gave their blessing for the union.

Sonja’s father, Karl August Haraldsen, died in 1959, and to show support for Sonja, Olav walked her down the aisle at Oslo Cathedral to the tune of Henry Purcell’s “Trumpet Tune and Air.” It was not something the King had to do; he chose to do it out of the kindness of his heart and fondness for the new member of his family. This was a way Olav could publicly show support for the commoner Sonja after she and Harald had been together for so many years and finally got governmental approval to wed.

There is no doubt, King Olav walking Sonja down the aisle made a deep impression on the Norweigan people, as well as Sonja herself and her family. He did what many fathers-in-law would do in the same situation. Olav truly was “The People’s King.”

King Olav reigned over Norway from 21 September 1957 – 17 January 1991. After his death in 1991, his only son, Harald, ascended the throne with Sonja at his side. She was the first Queen consort for Norway in 52 years (Harald’s mother, Märtha, died before Olav ascended the throne). Queen Sonja is a very popular royal in Norway and quite hardworking. She is beloved by her country and a true mother and grandmother of the nation.