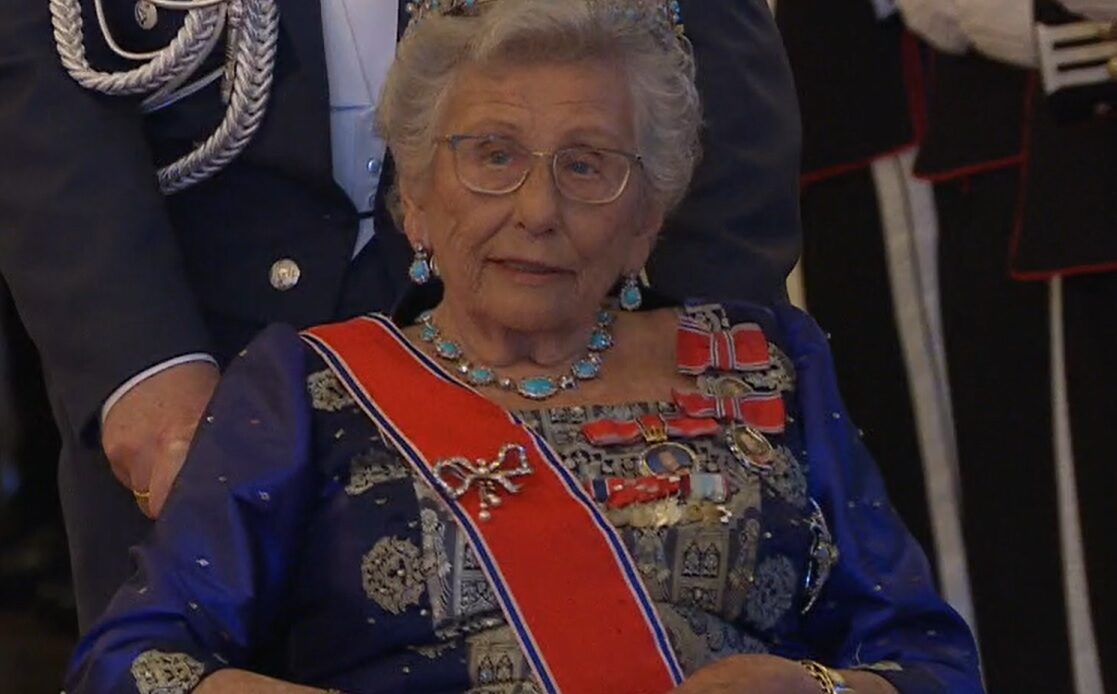 She has seen, first hand, all the reigns that have made modern Norway. And as she watched the coming of age celebrations of her country’s future monarch, Princess Astrid helped ensure that her country’s royal past became integral to its future.

Astrid, sister of King Harald and great aunt to the young woman being feted at a glittering gala dinner at Oslo’s Royal Palace, is often an ebullient presence at regal celebrations. For years, she was Norway’s first lady before slipping to a supportive, background role. She has heard the palace walls echo to the celebrations of three separate reigns but also listened as they came back to life following the royal family’s exile during World War Two. Astrid has been a witness to some of the most important moments in her country’s royal history. She came, this midsummer’s night, for another.

Just months after her own 90th birthday, she took part in a festivity that marked a milestone for her great niece and a reconfirmation that Norway’s monarchy could truly look to the future with confidence. For her royal family enjoys strong popularity ratings while the queen in waiting being celebrated gave a speech that charmed and impressed in equal measure. And King Harald had gathered representatives of many of Europe’s ruling houses around him for this party, providing a snapshot of modern monarchies with Norway at its heart. Astrid could look on with pride.

Earlier, she had spoken of her happiness at seeing Ingrid Alexandra wearing a tiara that had belonged to her own grandmother, Princess Ingeborg. The diamond diadem had been bought at the start of the 20th century by Ingeborg’s husband, Carl, who wanted his wife to have a lighter tiara that was easier to carry around. It is an echo of a world that was soon lost forever as World War One changed the ancien regime but also a link to the past that added another regal element to the future of Norway’s monarchy.

So, too, did Astrid’s own choice of jewels for the evening. She wore a turquoise tiara that had once belonged to Alexandra, the Danish princess who became consort to Edward VII, and whose name lives on in the young woman destined to be Norway’s second ever queen regnant. The diadem eventually passed to Edward and Alexandra’s youngest daughter, Maud, the queen that Astrid called grandma. She had inherited the turquoise gems while her older sister, Ragnhild, had ended up with Ingeborg’s diamond diadem. Now, all those elements of times gone were brought together in the 21st century for a princess who will carry their royal house towards the 22nd.

Astrid has always been a support for her royal house. She passed quietly into the party for Ingrid Alexandra, but she had, in some ways, been the fairy godmother of the whole event. She had decorated it with a history she had witnessed and helped create. Astrid, the sometimes forgotten princess, helped ensure this major moment for her monarchy was played out to perfection.