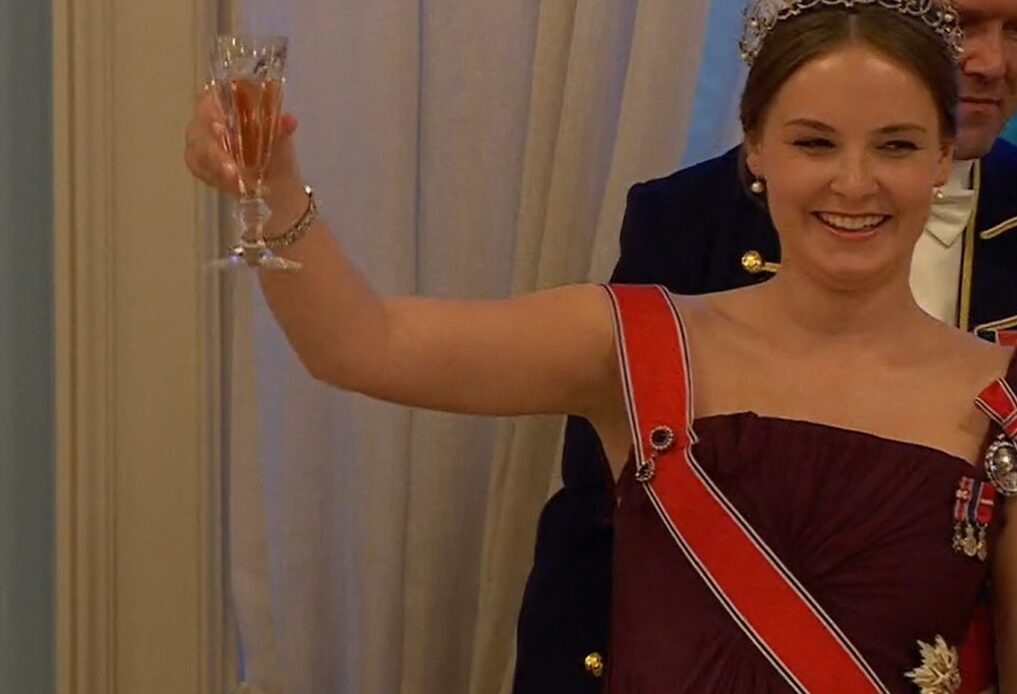 It was, and will remain, one of the most important speeches of her life. Princess Ingrid Alexandra of Norway addressed kings, queens, princes, princesses and politicians at a gala dinner marking her coming of age and showed that she is negotiating her path to a crown with confidence.

Surrounded by a very proud family and very supportive friends, she spoke movingly of the love that has guided her to adulthood and of the joy she takes from the country she will one day rule, a nation she described as ‘’the Norway we love so much.’’

As she began her speech, she paid tribute to her parents, grandparents and siblings and as she thanked them for their support, she was overcome with emotion. But as she dabbed away tears, she showed an assured self confidence, laughing it off with a spontaneous exclamation before placing a hand on the shoulder of her grandfather, King Harald V.

But it was her warm words on Norway that really won her fans. She said ‘’I’m lucky enough to grow up in Norway. I have got to experience our beautiful nature; surf at Unstad, warm summer days in Southern Norway, and snowy mountains in Røldal. And not least, I have met many of the fine people who live around our country.’’

Her final words were a promise for the future, as she said ‘’ We all have a place in this community. We’re different, we’ve got different roles, and we know different things. Together we create the Norway we love so much.’’

As she thanked those listening, a huge round of applause and cheering broke out. Her mother, Crown Princess Mette-Marit, looked overcome with pride and King Felipe VI of Spain, sitting at her side, clutched her hand to offer reassurance. Queen Maxima, who had wiped away tears during the speech, joined the clapping as did Crown Prince Frederik of Denmark who had also appeared overcome with emotion during the words of his goddaughter.

But there was one more moment of charm to come. Princess Ingrid Alexandra had forgotten to offer the traditional toast at the end of her speech. A quick consultation with her father, Crown Prince Haakon, led to the birthday girl grabbing her glass and raising it to the air, shouting ‘’skol’’.

The speech won a warm reception in Norway and showed that the Princess’ happy upbringing that she referred to throughout her words have given her a confidence that will stand her in great stead as she begins this new chapter of her royal life.