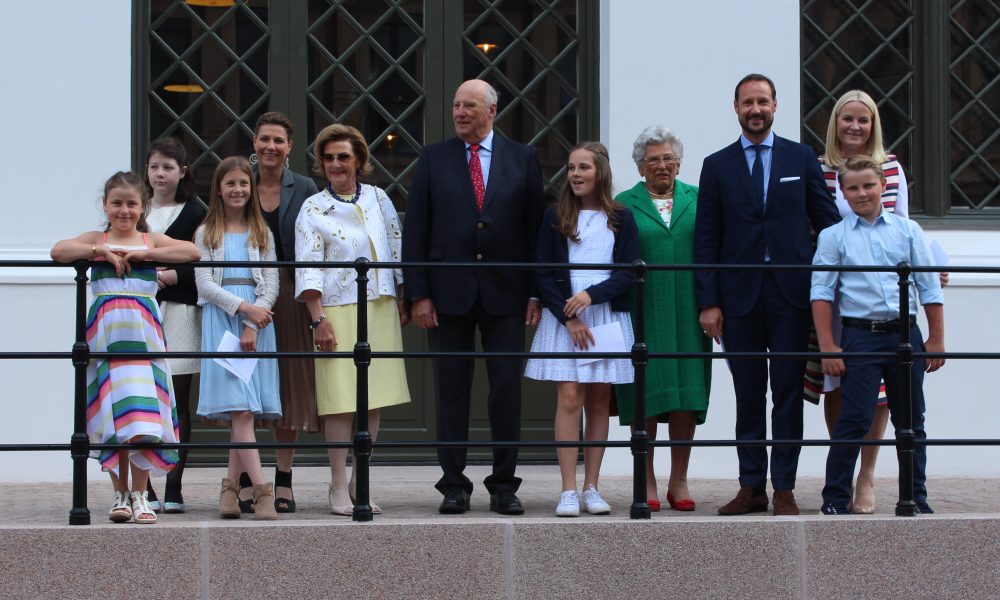 The Norwegian Royal Family is currently on a long private holiday in northern Norway using the royal yacht “KS Norge”. Thousands of Norwegians now follow the ship’s journey, and where the royals go ashore, they are greeted with flags and cheers. Many private boats also follow the ship at a good distance during parts of the trip.

In recent days, the Royal Family has been on a holiday trip in northern Norway and Lofton with the royal ship. On Thursday, several royals went ashore in the city of Bodø. Last week, the royal ship was in Tromsø for several days, and the family was observed when they boarded the ship. Princess Märtha’s Louise’s daughters Leah Isadora and Maud Angelica have also been accompanying their grandparents, the King and Queen.

Earlier this summer, King Harald advised Norwegians to use the whole country this summer, and he revealed that they were going on a holiday trip with the KS Norge. The Queen agreed and said: “There are so many beautiful places in Norway. I think many people became aware of this last year when most people had to holiday in their own country. And I think many have opened their eyes to many of the gems we have in this country; we are exceptionally lucky.”

On Saturday, Lofotenposten wrote that the royal yacht had anchored outside an area called Hopen after sailing from Tromsø via Andøya, Sortlan, and Raftsundet. On Sunday, NTB was able to observe the ship off the island of Årstein in Vågan in Lofoten. Last week, the yacht moved further south and docked in Bodø on Thursday. In photos and videos that the newspaper “Nordlys” has published, you see both the Crown Prince Couple and the King go ashore, as well as several other family members.