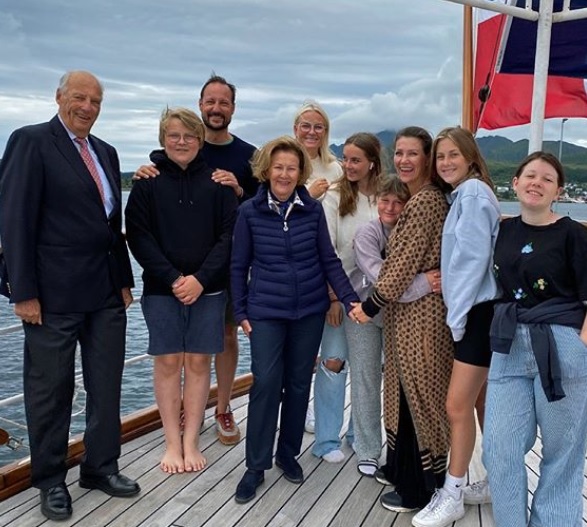 This week, the Norwegian Royal Family concluded their summer holiday with a week-long cruise on the royal yacht along the Norwegian cost. Next week will therefore be the first official working week for the royals after their break. King Harald is set to meet with his government on Friday for the first council of state after the holiday. Weekly councils of state will be held at the Royal Palace in Oslo from next week until Christmas.

In July, the Royal Family enjoyed a holiday together in northern Norway and Lofton on the royal yacht. They visited the cities of Bodø and Tromsø, as well as the area of Lofotoen. Princess Märtha’s Louise’s daughters Leah Isadora and Maud Angelica have also been accompanying their grandparents, the King and Queen.

Royal Central will keep you updated on what the Norwegian royals do through the next season.