Now, historian Tor Bomann-Larsen claims that King Haakon also stood above a dramatic decision in 1941. Bomann-Larsen’s book was presented today at 10.30 at a press conference at the publisher’s. Here he presented a four-page long handwritten note from the King. The Norwegian government was paralyzed during the first war days and their actions made the Norwegian people dislike them. The elected government was simply hated by a large proportion of the Norwegians. In 1941 the leaders of the resistance fighters in Norway and what was left of the Norwegian Armed Forces uttered a wish that King Haakon would take responsibility for the present situation. They demanded King Haakon seize power from the Prime Minister and his government and appoint himself as absolute Monarch. 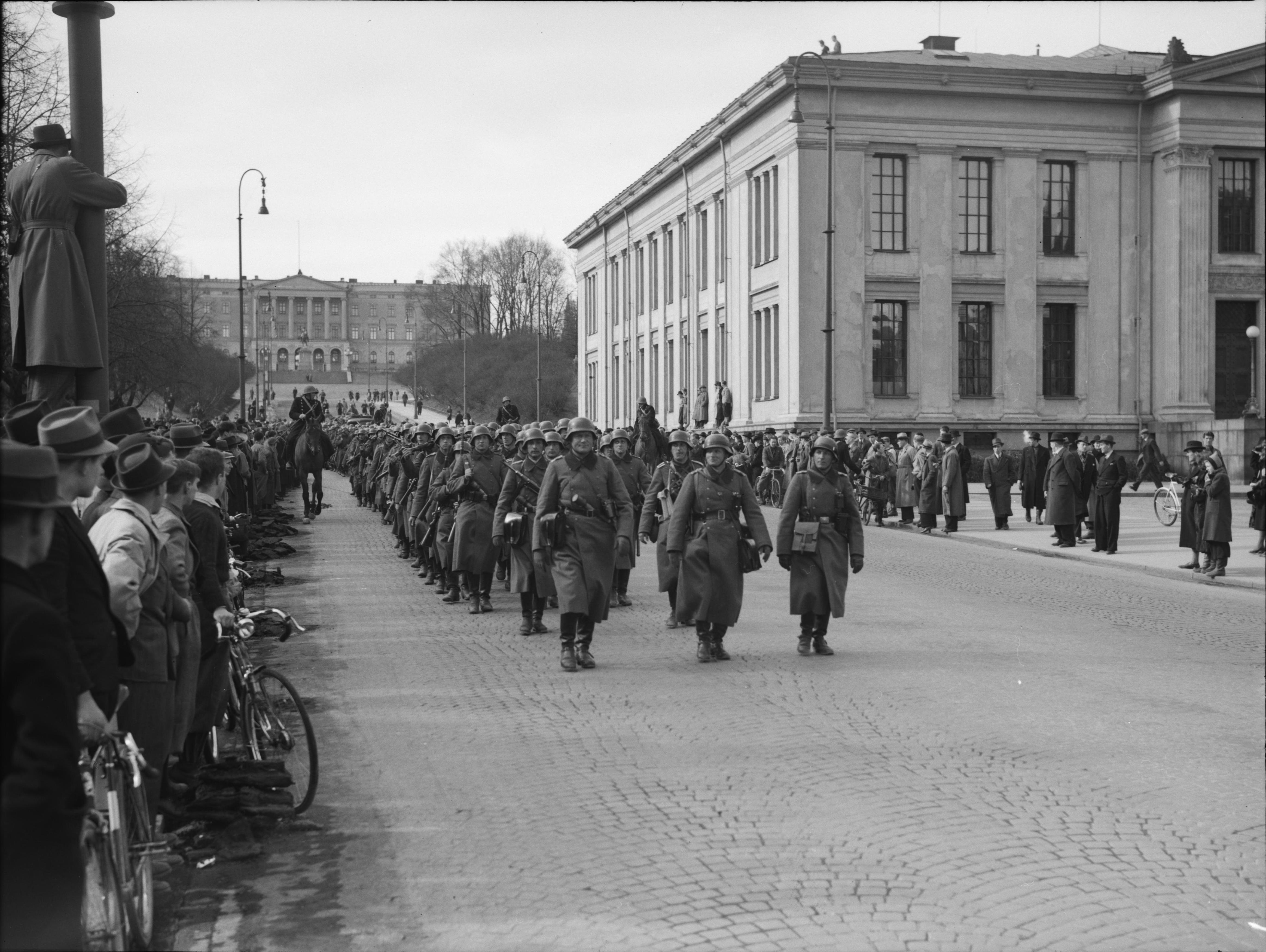 German forces in Oslo, the Royal Palace in the background. Photo: Unknown photographer via Wikimedia Commons.

Tor Bomann-Larsen is a recognized Norwegian Royal Family expert and this book is his seventh book about King Haakon VII and his wife Queen Maud. He has previously written books about the royal family in the days during the outbreak of the war, which was turned into a feature film that has so far been seen by over 520,000 Norwegians. The film is called “The King’s Choice” and follows King Haakon and Crown Prince Olav the first three days during the German occupation in 1940. 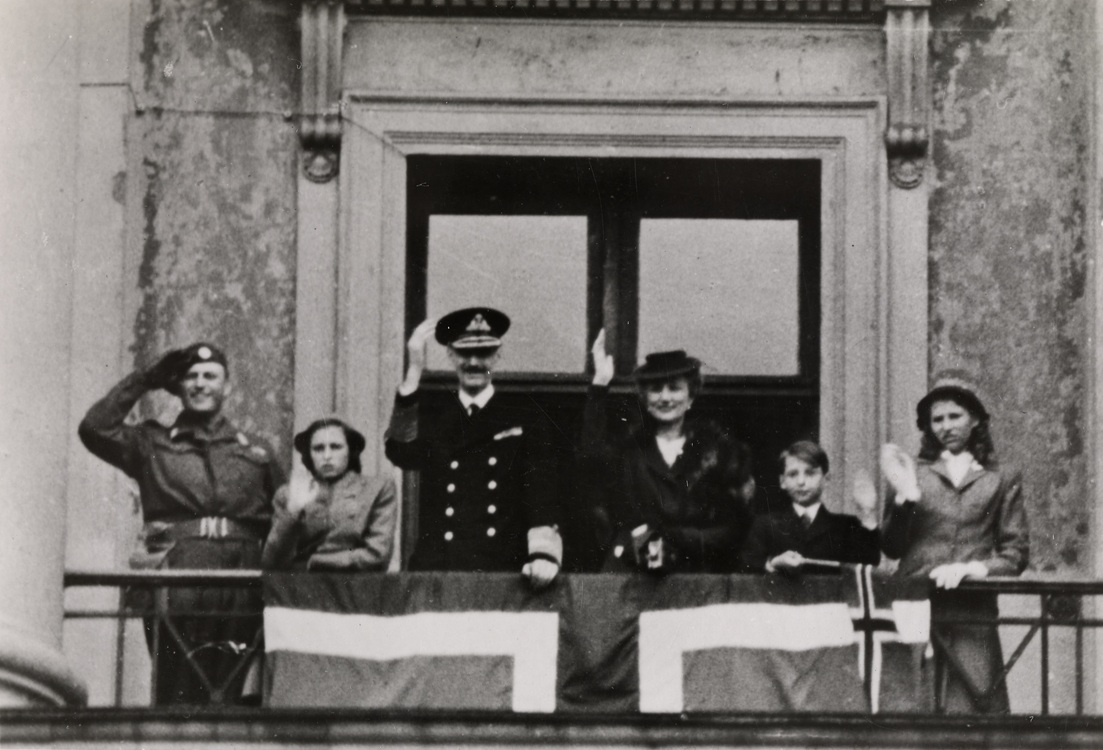 The Norwegian royal family waving to the people. The picture was taken the same day that the royal family returned home after five years in exile. Photo: Oslo Museum via Wikimedia Commons

The entire Norwegian royal family returned home to Norway after the war. King Haakon arrived at Oslo harbor on 7 June 1945, exactly five years after he had to be evacuated to Britain after the Battle of Narvik.