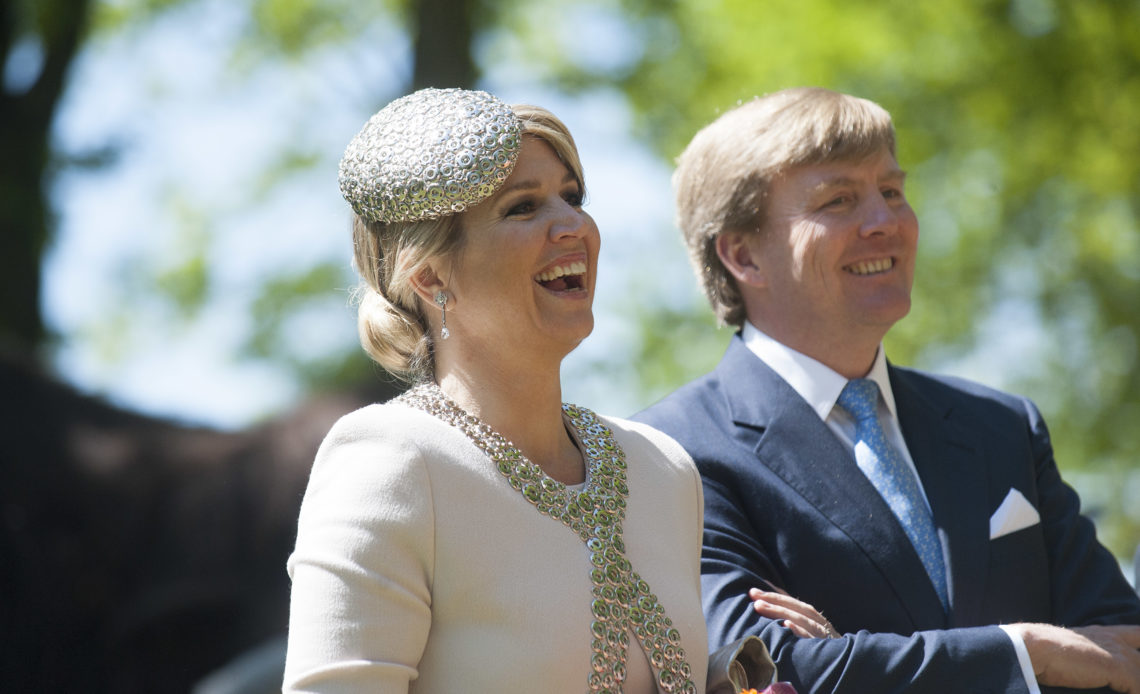 King Willem-Alexander and Queen Máxima had a second busy day of engagements in Norway this week as Their Majesties continue their state visit to the country.

While the first day of the visit was more focused on the official events, the second and third days are often utilised so the visiting Head of State is able to fit engagements in areas that concern the purpose of the visit.

The King and Queen of the Netherlands began their second day at the newly built Deichman Library in Oslo, where they attended a conference on freedom of expression and the fight against cyberbullying and hate speech.

During the conference, His Majesty took questions from Norwegian TV channel NRK; during one of the answers, His Majesty praised the younger generation, represented in the room by some members of organisations that deal with such issues, for recognising the excesses of social media and working to find solutions to solve the issue.

The King said: “The new generation that we have just heard speak about this topic is the first to really understand what is happening. Social media emerged in our generation along with the democratization of the way we communicate, but we didn’t know what the consequences could be. We are grateful that the next generation is taking this subject so seriously.”

His Majesty added: “The younger generation understands that you cannot ban social media. It is part of our society, but it shows us how we can tackle excesses by using the same social media”.

The event was also attended by King Harald and Queen Sonja, who listened closely to King Willem-Alexander’s answers sitting down among the public. No doubt it must have been a fascinating conversation – the Norwegian King and Queen belong to a completely different generation, with King Harald recently revealing that he only purchased his first mobile phone at the age of 83.

The Dutch King and Queen were then welcomed by Prime Minister Jonas Gahr Støre in his official residence of Akershus Fortress, where the trio entertained a short meeting before moving on to the lunch that the Prime Minister offered the Royal Couple on behalf of the Norwegian Government.

During lunch, both the Prime Minister and the Dutch King gave speeches, highlighting the good relationship between Norway and the Netherlands, and the many difficult topics that the two countries are discussing at the moment, from cyberbullying to climate change. Prime Minister Støre also referenced his love of ice skating and the fact that many of his heroes in this sport are Dutch, also taking a playful jab at the Dutch in view of the upcoming World Cup qualifications.

Following lunch, King Willem-Alexander and Queen Máxima welcomed the Dutch community in Norway aboard the HNLMS Rotterdam, a landing platform dock amphibian war ship belonging to the Royal Netherlands Navy. The ship was in the Baltic Sea for some exercises, before docking in Oslo to provide a special place for the reception. Navy ships are considered territory of the country to which they belong, which means that, technically, the reception was held on Dutch soil.

King Willem-Alexander quipped: “By the way, I have a secret for you. We are now sailing straight to the Netherlands in one go and will unload you there. Then you are back in the Netherlands and we have solved that problem again”, to the amusement of the many Dutch citizens present.

The King then took a more serious tone to acknowledge the difficulties the Dutch community in Norway has had to endure during the lockdown months.

He said: “Borders have been closed for nine months and then Norway is suddenly very far away. Then family and friends in the Netherlands are very far away.”

He ended his speech by thanking the Dutch community in the country for keeping a piece of their motherland so close to their heart, even though the two countries are so similar.

Following the reception, the HNLMS Rotterdam welcomed Crown Princess Mette-Marit, who, together with King Willem-Alexander and Queen Máxima, attended a conference on joint security operations between Norway and the Netherlands. The Crown Princess attended the event on behalf of her husband, Crown Prince Haakon, who remains in Norway with a cold.

The second day of this crucial State visit ended with a concert offered by the Dutch Royals for their Norwegian hosts.

It is expected that Crown Prince Haakon will be joining the King and Queen for their Trondheim visit on Day 3 as planned.