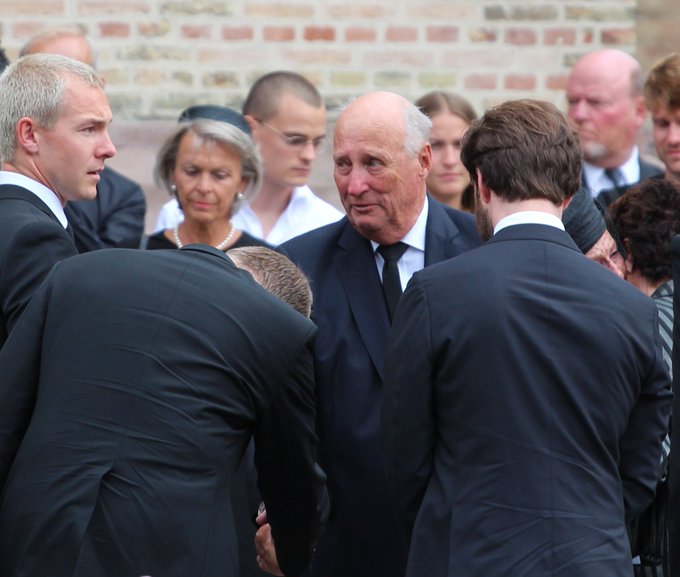 King Harald of Norway has spoken about the horror of the Oslo shooting, and the Crown Prince Family has laid flowers at a makeshift memorial.

Two people have died, and 21 have been injured after a shooting, which is being treated as a terror attack, in and around the London Pub and popular LGBTQ club in Oslo in the early hours of Saturday morning.

The King released a statement the morning after the attacks speaking on the shooting.

He said: “My family and I are horrified by the night’s shooting tragedy in central Oslo, where two people were killed and many injured. We sympathize with all relatives and affected and send warm thoughts to all who are now scared, restless and in grief.

“We must stand together to defend our values: Freedom, diversity and respect for each other. We must continue to stand up for all people to feel safe.

“Now we have to take good care of each other.”

The Crown Prince made a statement after laying down flowers, remarking: “It is important that we fence off who we are. That Norway is a country where it is allowed to love who you want and be with who you want. It was to be marked and celebrated today. It was not like what we envisioned. It is important that we stand up for those rights and those values. It is not something we can take for granted, it is something we must fight for, and we do it today.”

The Pride Parade was due to take place on Saturday but was cancelled due to fears of a copycat attack.

A 42-year-old man, a Norwegian national, has been arrested in connection with the shooting

The terror attack level in Norway has now been raised to its highest level. However, Norway’s PST intelligence has said they have “no indication” that further attacks are planned.