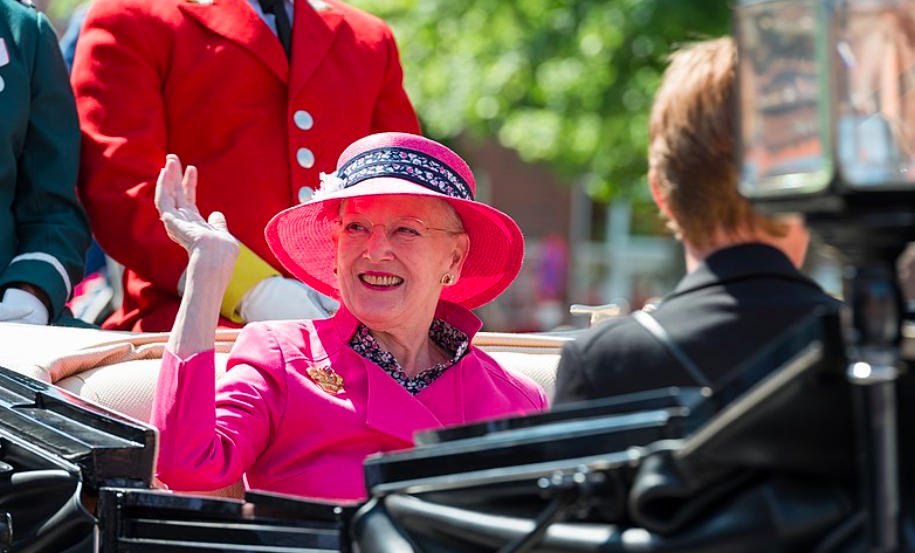 Queen Margrethe of Denmark has had a busy June this year and carried out another engagement on Friday, 24 June, in Copenhagen with an annual event.

On Friday, Margrethe visited the Life Guards’ barracks in Copenhagen to present the Queen’s Clock. She attended the Royal Life Guards ‘Anniversary Parade in Gothersgade and presented the honour. The Queen chose a bright pink skirt suit for the occasion with a matching wide-brimmed hat.

The Queen’s Clock, known in Danish as Dronningens Ur, is a personal honour that is given to the guard(s) who has been selected by their company on the basis of exemplary military service and strong camaraderie in their unit.

The honour was established in 1969 to mark King Frederick IX’s 70th birthday. Members of the Danish Guards Association donated over 25,000 kroner to create the award. The King decided that the honour would come with an engraved wristwatch.

The Royal Life Guard was established in 1658 by King Frederik III to serve as both the monarch’s bodyguard and a standard combat division in the military. There is a changing of the guard ceremony daily at Amalienborg Palace, where the Life Guard parades.

The Queen’s weekend has not slowed down after the parade. On Saturday morning, she visited the Flugt — Refugee Museum of Denmark in Southwestern Denmark on the site of a former post-war refugee camp. The camp had over 100,000 German refugees in the years following the Second World War. In addition to the stories of Denmark’s refugees, the museum strives to highlight the contributions that refugees make to Danish society.

She was joined at the museum opening by German Vice-Chancellor Robert Habeck.

The Queen was represented by the Crown Prince and Crown Princess at Princess Ingrid Alexandra of Norway’s birthday gala last week.