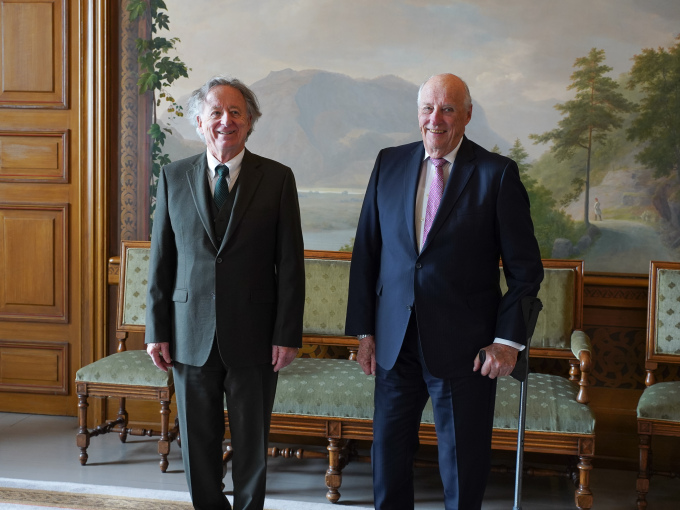 King Harald of Norway has participated in the award ceremony for the prestigious Abel Prize.

The Abel Prize of 2022 was awarded to Dennis Parnell Sullivanfor his mathematical work in topology.

His Majesty received the prize winner in an audience at the Royal Palace before handing out the award in the official ceremony, in the hall of one of the University of Oslo’s oldest buildings near the Royal Palace in Oslo.

The Abel Prize is essential within the Norwegian Academy, and there will be several events in the coming weeks related to the prize. The celebration of the Abel Prize began on Sunday when flowers were laid down on the monument dedicated to Abel in the Palace Park around the Royal Palace in Oslo.

Before the award winner met His Majesty in an audience, a lunch was held on the University of Oslo’s campus at Blindern, and by Tuesday evening, more celebrations took place for the award when the King participated in a dinner held in Oslo Town Hall to celebrate the winner. At the University of Oslo, there were separate celebrations open to the public.

The Abel Prize is awarded annually to international researchers who have excelled in mathematics. The Norwegian Academy of Sciences awards the prize. The award ceremony is always attended by at least one member of the Royal House in a ceremony at the University of Oslo. The price is six million crowns (roughly one million USD).