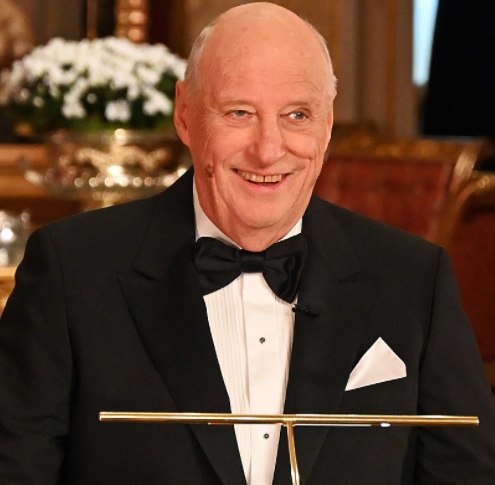 King Harald of Norway has attended a solidarity and support concert for Ukraine at the Oslo Concert Hall. The ballet “Giselle” was performed by dancers from the Kyiv Grand Ballet from Ukraine.

A packed concert hall, on April 22nd 2022, showed solidarity with the Ukrainian people during the ballet performance. The dancers from the National Ballet in Kyiv were on a European tour when the war broke out in Ukraine. Several of the male dancers had to return to their home country to fight, while the rest of the ballet chose to stay in Norway to complete a solidarity tour.

A press release from Alexander Stoyanov, leader of the Kyiv Grand Ballet, stated: “Like the entire civilized world, including all creative ensembles and cultural figures, members of The Kyiv Grand Ballet are stunned by the crimes against humanity and the war crimes of the aggressor state, which were revealed in the liberated areas around Kyiv”.

Originally, Swan Lake was on the program, but as a result of the war, the Kyiv Grand Ballet has chosen to replace that with the ballet “Giselle” with music by the French composer Adolphe Adam. The Ukrainian Embassy in Oslo and the Oslo Concert Hall hosted the performance. The Kyiv Ballet has decided to temporarily stop the performance of the “Swan Lake” ballet and other works by Russian composers until the war is over.