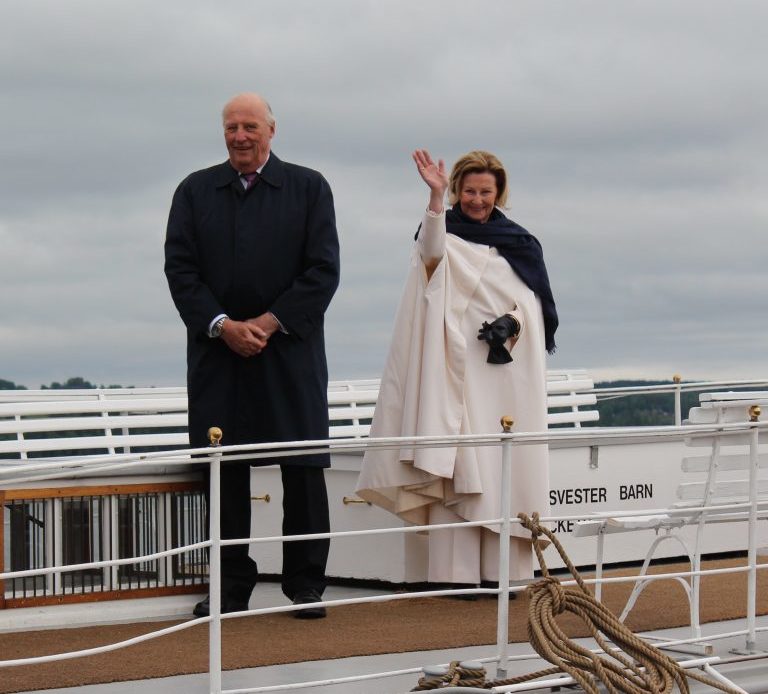 King Harald and Queen Sonja have concluded a three-day long state visit to Jordan that began on Monday. That first day consisted of a welcome ceremony and focus on business and economics before it ended with a grand banquet at the Jordanian royal palace. The second day focused on peace and prosperity in the Middle East. The Norwegian royals have been in Jordan since Wednesday last week on a private holiday.

Surrounded by sandy cliffs between the Red Sea and the Dead Sea the Norwegian king and queen  ended their three day long state visit to Jordan at the City of Petra, one of the world’s seven “new” wonders.

Petra, originally known as Raqmu, is an historic city in southern Jordan. The area around Petra has been inhabited since as early as 7,000 BC and the Nabataeans might have settled in what would become the capital city of their kingdom. The Nabataeans were nomadic Arabs who invested in Petra’s proximity to the trade routes by establishing it as a major regional trading hub.

In the Byzantine era several Christian churches were built but the city continued to decline and by the early Islamic era it was abandoned except for a handful of nomads. It remained unknown to the world until it was rediscovered in 1812 by Johann Ludwig Burckhardt. It has been a UNESCO World Heritage Site since 1985.

Their Majesties the King and Queen rounded off their state visit with a meeting with the Norwegian and Jordanian media. Today they will travel back to Norway and already on Friday King Harald is back to work when he leads the weekly council of state at the Royal Palace.

The visit is the Norwegian royal’s first State Visit to the Middle East and marks 20 years since the Jordanian King was on a state visit to Norway. This is also the 50th State Visit carried out by His Majesty King Harald. The State Visit will highlight the regional political challenges the country faces and what Norway and Jordan can do together to preserve the room for political dialogue in the Middle East. Norway’s Foreign Minister, Ine Eriksen Søreide and Minister of Trade and Industry, Iselin Nybø is accompanying the King and Queen during their visit to Jordan as well as a large economic deputation.