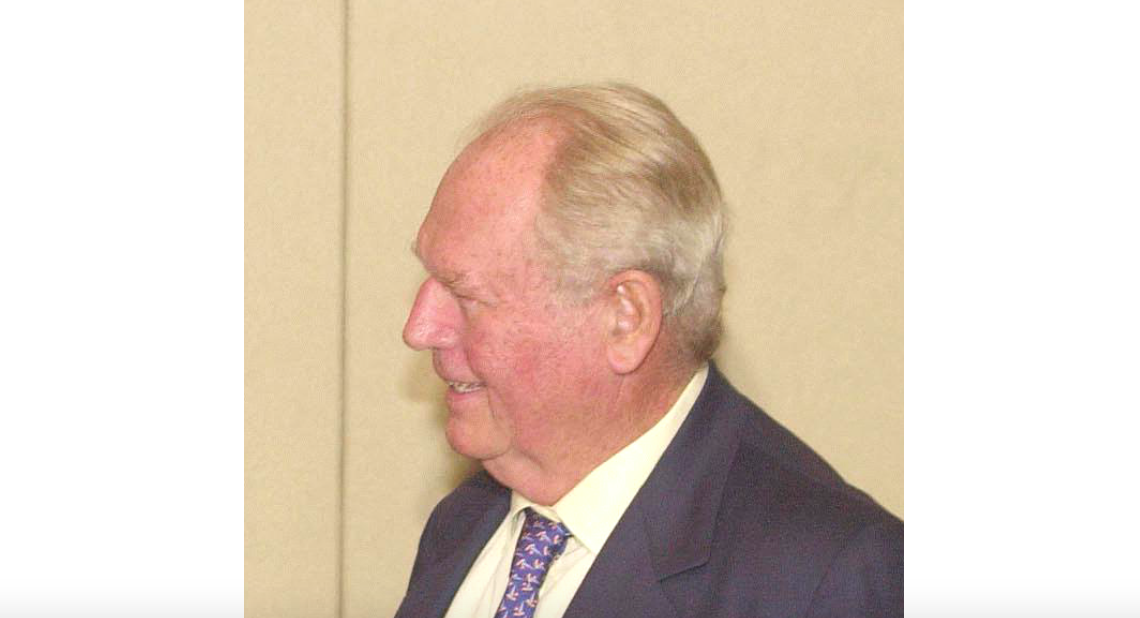 On Tuesday it was announced that Erling Lorentzen had died at the age of 98. Lorentzen was the widower of Princess Ragnhild of Norway, eldest daughter of King Olav V, making him King Harald’s brother-in-law.

On Thursday, more details about Loretnzten’s funeral were published. The funeral home Jølstad has announced that Lorentzen will be buried in a ceremony from Asker church on Monday 22 March at noon. The official death declaration will be printed in Norwegian newspapers this week. The funeral will only be open to invited guests due to the ongoing public health emergency. It is expected that the entire Norwegian Royal Family will attend the funeral. Lorentzen’s deceased wife, Princess Ragnhild, is buried in Asker cemetery. Lorentzen will be laid to rest in the same grave as the Norwegian princess.

In connection with the declaration of death, a small poem was published at Erling Lorentzen’s own request: “Do not cry over the fact that I am dead, but rejoice that I have lived”. Many members of Lorentzen’s family live and work in Brazil. Unconfirmed sources say that these are now on their way to Norway where they must be quarantined for 10 days before they can attend the funeral.

The funeral will be broadcast live on TV by the state TV channel NRK. Broad media coverage is expected of the funeral of a Norwegian that many were fond of. Norway’s Minister of Defence has expressed his condolences to The Royal Family where he calls Lorentzen one of the last great war-heroes from World War II.

The Royal Court stated on Tuesday that Lorentzen passed away on Tuesday 9 March 2021 at 01.30am following a short illness. King Harald said on behalf of the entire Royal Family: “It is with great sadness that we have received the sad message that Erling Sven Lorentzen has passed away. Our thoughts go to his loved ones, who have lost a good father, father-in-law, grandfather and great-grandfather.”