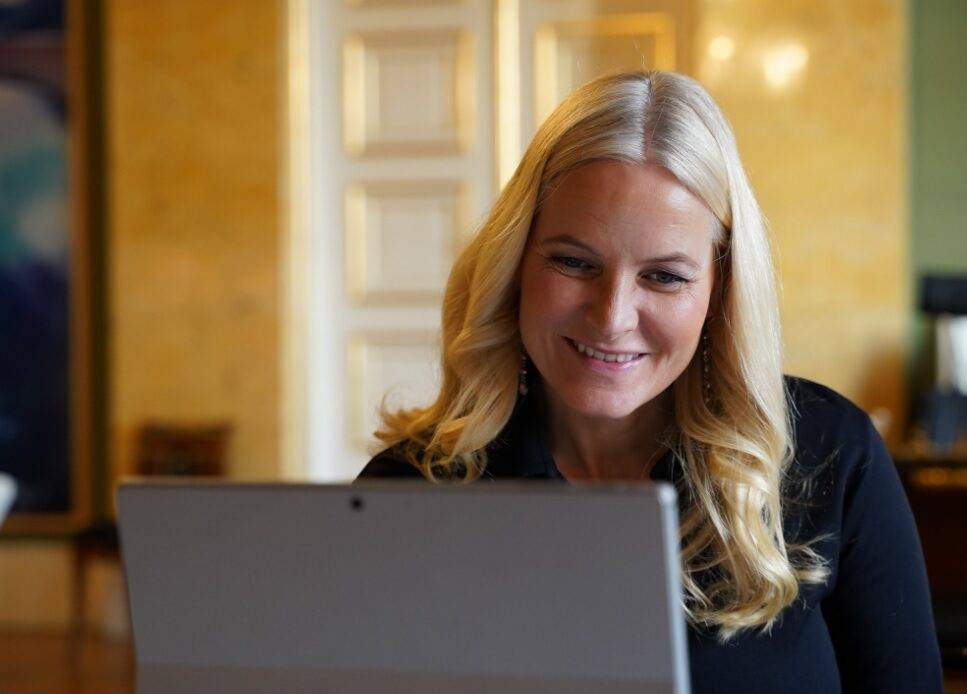 Crown Princess Mette-Marit of Norway is patron to dozens of organisations and she had a busy day talking to five of them by digital audience.

The royal patronage scheme has a long historical tradition and today serves as a recognition of organizations and events in important areas of society.

Crown Princess Mette-Marit received representatives of her permanent patronages in audience. The first audience was with the Council for Mental Health. The Council for Mental Health is a promoter of good mental health for all. Communications Manager Charlotte Lundgren and Secretary General Tove Gundersen were present in the digital audience with the Crown Princess to give an update on their work recently.

The second audience was with the “Shameless Prize”. The award celebrates individuals, organizations or groups that work to remove shame around topics related to intimate health. In 2017, Crown Princess Mette-Marit was present at a workshop on shame under their auspices.

The third audience was with the “Sailing Ship Sørlandet Foundation”. “Sørlandet” is the world’s oldest fully operational full-rigged ship and has been in operation since 1927. On the maiden voyage to Oslo, “Sørlandet” was inspected by King Haakon and Crown Prince Olav. The Crown Princess has been the full-rigged ship Sørlandet’s patron since 2001, she has visited the ship several times.

The fourth audience was with Agder Academy of Sciences. The purpose of the Agder Academy of Sciences is to promote all forms of scientific activity in Agder, as well as an understanding of the importance of science in society. They do this, among other things, by arranging theme meetings, lectures and conferences, and by handing out scientific and popular science prizes.

The last audience was with the Forum for Women and Development Issues. They works to strengthen women’s rights and opportunities through program work in seven countries in Africa and Latin America, as well as through political advocacy work in Norway and internationally.