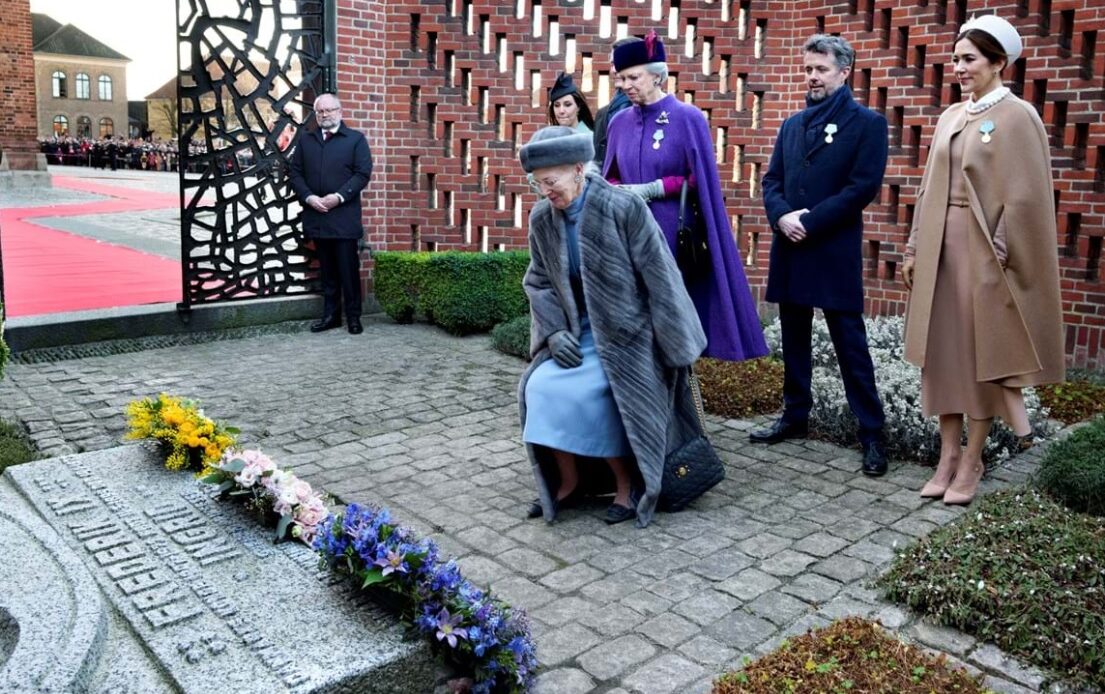 Margrethe II of Denmark led her family’s tributes to her late parents with a deep and reverential curtsey in front of their graves.

On the 50th anniversary of the death of her father, King Frederik IX, and her own accession, Queen Margrethe made poignant gesture as she prepared to leave their tombs. The Danish Monarch’s composure appeared to crumble briefly as she began to move away from her parents’ final resting place where she had just laid flowers. She then stopped and gave a deep curtsey before departing.

Her sister, Princess Benedikte, who had been overcome with emotion as they placed wreaths in memory of their parents also curtsied and then bowed her head in remembrance. Crown Prince Frederik and Crown Princess Mary then made their own bow and curtsey, as did Prince Joachim and Princess Marie, before the royal party left the tombs at Roskilde.

The Queen of Denmark had travelled to the city by train with her family to lay wreaths on the graves of King Frederik and Queen Ingrid.Her youngest sister, Queen Anne-Marie of Greece, had been due to join them but decided to stay in Greece after her husband, King Constantine, was diagnosed with coronavirus.

The visit to Roskilde was the final major event of the day on which Queen Margrethe marked the 50th anniversary of her reign.

Margrethe II had begun her Golden Jubilee day with a solemn Council of State in which she spoke of her gratitude for the respect she had been shown throughout her reign. She was joined at that meeting by Crown Prince Frederik who is also marking a half century as heir to his country’s throne.

Later, the Danish Queen and Crown Prince were joined by other members of the Royal Family for a visit to the country’s parliament where Margrethe’s long reign was celebrated.

Further events marking her reign will be held in September 2022, having been postponed because of the coronavirus pandemic.

Margrethe II became Queen of Denmark on January 14th 1972 on the death of her father, Frederik IX.