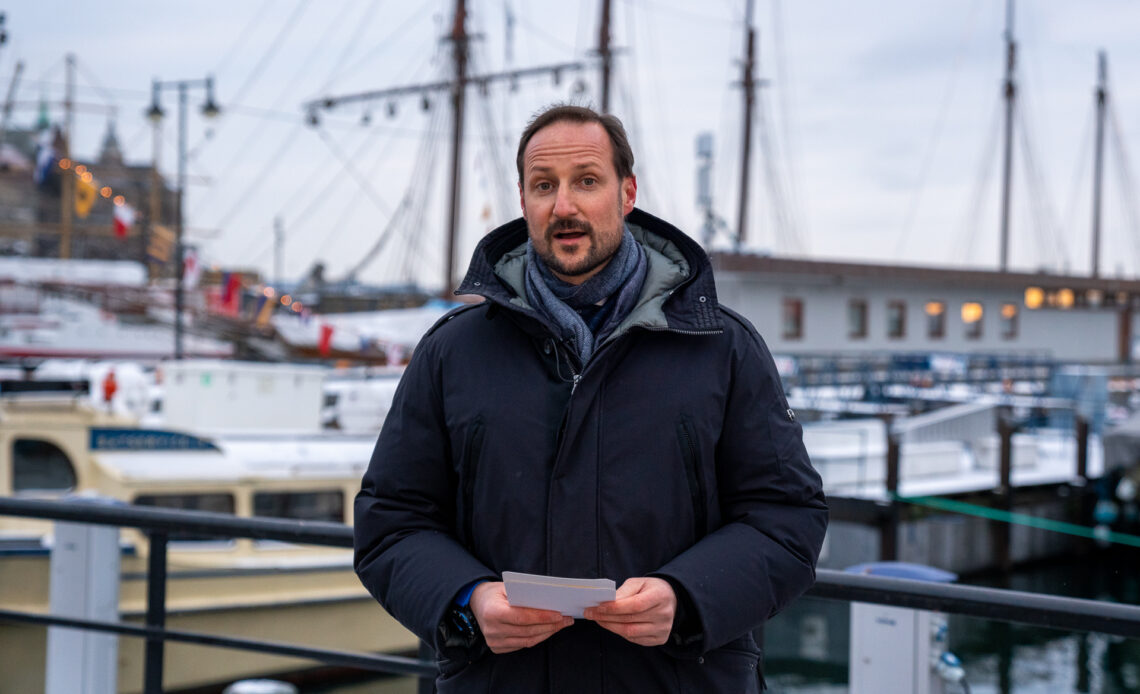 From the harbour close to Oslo City Hall, Crown Prince Haakon opened the digital event “The Seafood Days” but added his own surprise. During the event, on January 19th 2021, the Crown Prince walked down to the harbour from the Royal Palace to make a surprise visit to the fishing boats who are anchored there. There, the Crown Prince met several of the various shrimp boats and fishermen who sell fish on the quay daily. Fish has traditionally been an extremely important Norwegian export product.

At the harbour Crown Prince Haakon talked to fisherman, Sigurd-Andre Kristoffersen, who is the skipper of the shrimp trawler “Vikingen”. As one of the approximately 92,000 people working in the seafood industry in Norway, he was able to tell about his experiences over the past year. For someone who usually docks in Oslo and sells shrimp and other delicacies from the sea directly to tourists and the population of Oslo, he has also noticed the effects of the pandemic.

In his opening speech the Crown Prince said: “Norway is a nation of harbours. We have always lived in, and from, what nature has given us. It has helped to give us today’s prosperity and wealth. This can also be the case in the future, if we manage to collaborate and contribute to global, sustainable solutions. That is why you play a key role in the seafood industry in Norway’s future”.

In his greeting to the seafood industry, the Crown Prince was concerned with emphasizing the important role the sea plays in achieving the UN’s sustainability goals. Crown Prince Haakon said: “Nature and the industry give us all great opportunities and at the same time a great responsibility. We are at the very beginning of the UN’s decade of marine research. More and more of the food of the world’s growing population must come from the sea.”

The Norwegian Seafood Days is usually a conference that brings together large parts of the Norwegian and international seafood industry. This year it is being held as a digital broadcast that runs over three days due to the ongoing pandemic. The digital broadcast was opened by His Royal Highness on January 19th and later Norway’s Minister of Fisheries and Seafood will attend.