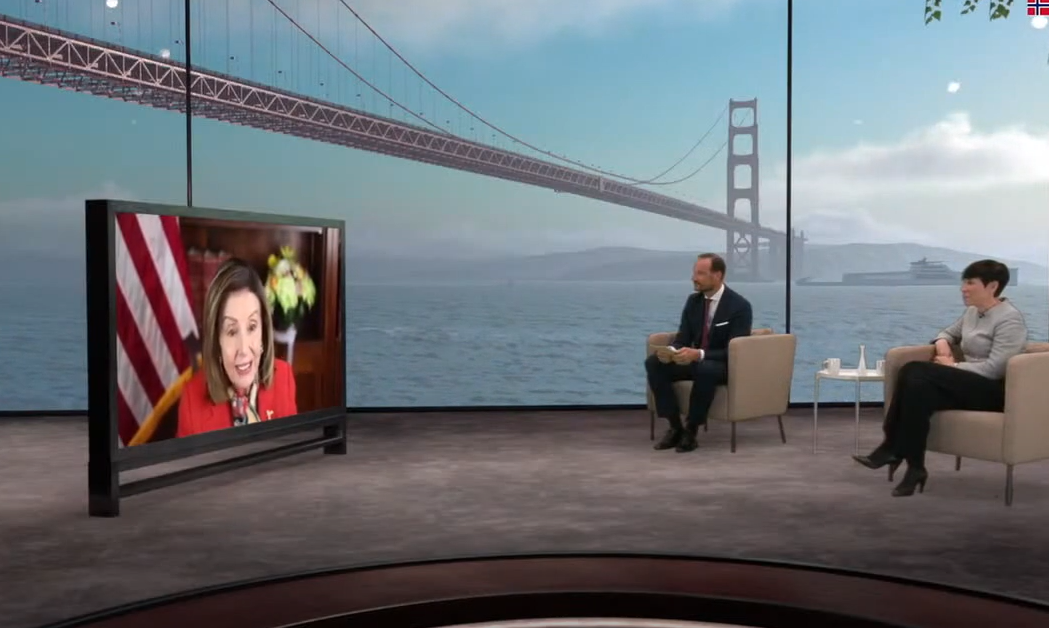 Crown Prince Haakon of Norway’s digital visit to California continued on Wednesday. On Tuesday, His Royal Highness met with California’s governor as well as students from Californian Universities. On Wednesday, the Norwegian Crown Prince held a conversation with Speaker of the US House of Representatives Nancy Pelosi. Speaker Pelosi represents California, and has been strongly committed to transatlantic cooperation.

Crown Prince Haakon began by expressing his sympathy with the great losses that the United States has suffered during the coronavirus pandemic. The effort we are now seeing is nevertheless inspiring, the Crown Prince said, and pointed out how research communities, authorities and private companies have worked together to achieve this. Speaker Pelosi added that cooperation between the public and private sectors is absolutely central, as is the transition to a green economy.

The conversation touched on a number of topics that are important for both Norway and California, and where greater cooperation can benefit both. This applies not least to vehicles, ferries and other shipping with little or no emissions, offshore wind and other forms of renewable energy.

California Deputy Governor Eleni Kounalakis invited Crown Prince Haakon to a conversation about how Norway and California can work together in the fight against climate change. The panel also exchanged views on the importance of youth and education in the fight against climate change and other global challenges. International collaboration with the exchange of researchers and students means the exchange of ideas and knowledge, which in turn drives innovation.