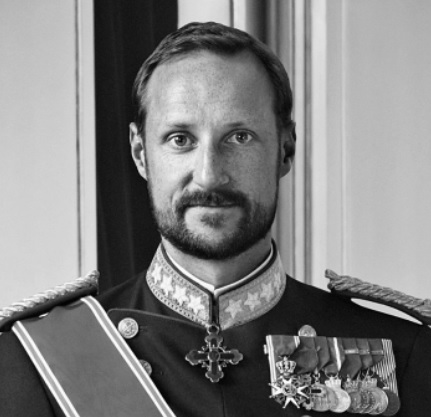 Crown Prince Haakon of Norway, who is on a trip to the USA, has given a statement to the press to honour the former Norwegian Prime Minister, Kåre Willoch, who died on 6 December. Willoch is considered one of the greatest Norwegian politicians after World War Two.

Crown Prince Haakon said former Prime Minister Kåre Willoch was an important public voice and that he himself remembers seeing him on TV as a little boy.

The Crown Prince said: “It was very sad to hear that Kåre Willoch has passed away. He was a person I personally greatly appreciated. I grew up while watching him and Gro Haarlem Brundtland debating on TV. He was an important politician, but also a respected leader, and it was exciting to follow his commitment even after he left politics as an important social voice in Norwegian society. We will miss him.”

It was announced on 6 December that the well-known Conservative politician, who was Prime Minister of Norway from 1981 to 1986, died peacefully in his Oslo home at the age of 93.

In 1996, Willoch was appointed Commander of the Grand Cross of the Royal Norwegian Order of St. Olav by King Harald V. He also received King Olav V’s anniversary medal in 1982.

Willoch was a good friend of both King Olav and King Harald. They met both publicly and privately. Willoch is also said to have advised both monarchs occasionally, and he described himself as a monarchist and believed that Norway was strengthened by having a monarchy.

When King Olav celebrated his 80th birthday in 1983, Willoch gave a speech in which he said: “We know that the King first and foremost belongs to his own family, but he also belongs to the highest degree to the people. I thank King Olav for the fine way he has lived up to his motto: Everything for Norway.”