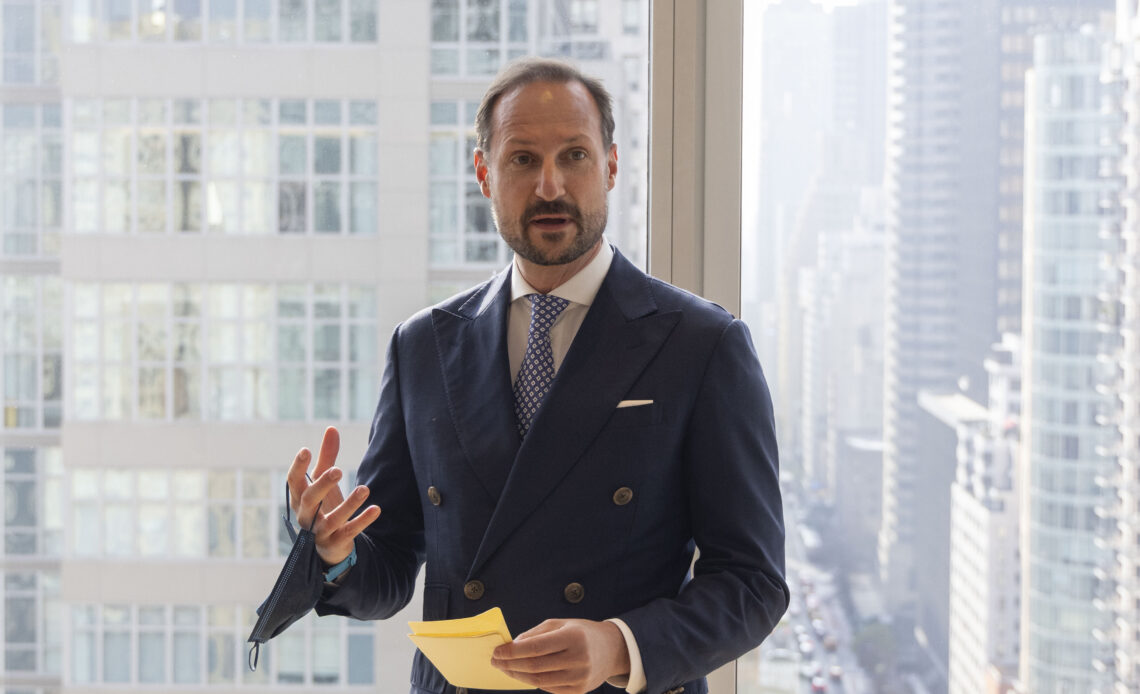 Crown Prince Haakon of Norway toured a ship building factory and christened a new ship, the Yara Birkeland, during a visit to Porsgrunn.

Accompanying the Crown Prince was the Mayor of the city and a State Minister, as well as local factory officials.

Yara Birkeland is the world’s first electric and self-propelled ship – a pioneering design that will replace up-to 40,000 trucks per year.

Crown Prince Haakon had already encountered the ship once before when he was given peek during construction a few years ago.

The ship will be entirely propelled by green energy – the first of its kind.

After being christened by the Crown Prince with a special bottle of champagne, the ship was sent off to sea by a crowd of 500 students from local and surrounding school districts.

The ship was named after both the Yara fertiliser factory and Professor Kristian Birkeland, a teacher of physics and one of Norway’s most prominent researchers.

Yara exports its product to over 90 countries around the world and provides food for over 40,000 people a day.

Norway, together with its Scandinavian neighbors, has long been considered a leader in innovative solutions towards a greener, more sustainable world, and the Monarchy has been a constant support to this global and crucial challenge.