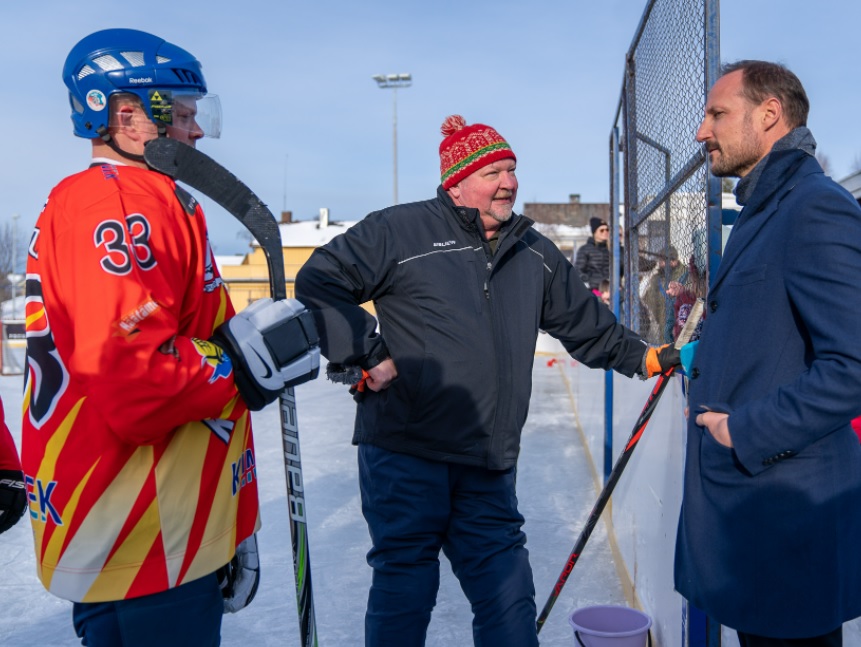 Crown Prince Haakon of Norway is in full swing crossing Greenland. The Crown Prince’s special expedition is part of a larger anniversary to celebrate the fact that it has been 50 years since King Olav opened Tromsø University.

The expedition has started again, and the Crown Prince has since arrived at the important research station EastGRIP. Along the way, the expedition members have taken snow samples for the international research team. These were delivered to the researchers this weekend. It is hoped that the snow can tell us more about the climate.

At the research station, Crown Prince Haakon and the rest of the expedition members were received by an international crew of 19. The project is a collaboration between Norwegian and Danish scientists. The employees told the Crown Prince about the work being done at the station. There has been activity here since the 1970s.

EastGRIP works to drill into the ice where it is thickest. The station is located 2,700 meters above sea level. The aim of the research is to find out why ice flows occur and what will happen to them in a warmer climate. During the visit to the station, the Crown Prince was allowed to descend into the canals, 10 meters below the ground, inside the Greenland ice sheet itself. Here the Crown Prince was shown around, and it was explained what usually happens in the canals.

After a short break, the Crown Prince continued his journey across Greenland. So far, the party has travelled 800 kilometres.

The expedition will be part of a documentary to be broadcast on the Norwegian TV channel NRK. The Norwegian Royal Court will send out travel updates along the way when they are able. The Crown Prince is in excellent shape, and he has experience with colder climates and skiing.