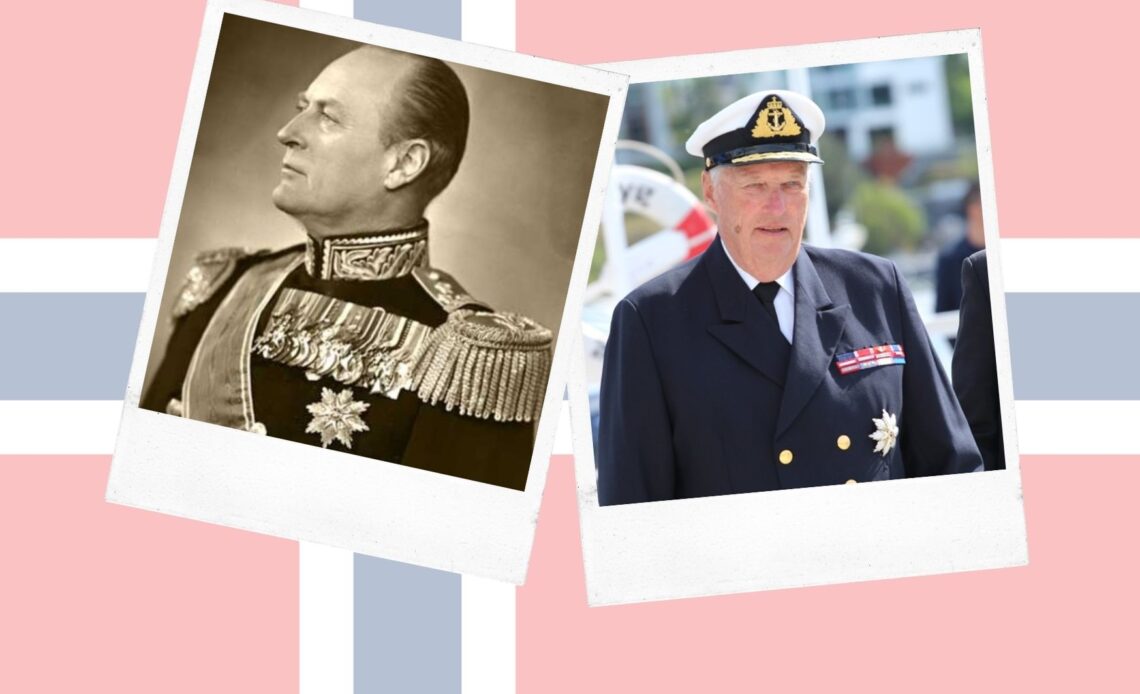 The shocking news that King Olav was dead came late in the evening of January 17, 1991. The new king was sworn in by the government that same night. The next morning he spoke to the Norwegian people on NRK’s ​​radio broadcast. The new monarch said: “Dear men and woman of the nation. His Majesty King Olav has passed away. A great loss and a deep sorrow have come upon us all. In this difficult time, it gives me and my family strength to know that the entire Norwegian people with us share the grief of my dear father’s death.”

In the midst of grief over his own father, he had to take responsibility and show strength. The King has in a later interview said that this period in his life was terrifying. King Olav was buried from Oslo Cathedral on January 30, 1991. Heads of state from more than 150 nations participated.

King Harald told NTB many years later about another special moment. Like his father and grandfather, he allowed himself to be blessed in Nidaros Cathedral and took the same motto: “Everything for Norway”. The King later said: “I knew I had big shoes to fill. I was slightly terrified. It might describe the situation. To be completely honest, I was pretty sure I was not going to make it. My father was so incredibly popular.”

At one point, King Harald differs from his predecessors. He is not a king who does things alone. King Harald has explained: “My father did not let me do anything at all. Today we operate more from the idea of ​​cooperation. We live in a different era. I call us a team, with the royal court, the crown prince couple and us. It is a strength.”

King Harald has been an active sailor all his life and participated as recently as last year in the World Cup in sailing. He thinks it is perfectly fine to work, even at the age of 83. In February he will be 84 years old. The king has made it explicitly clear that he does not want a life as a pensioner. The king said in an interview in 2020: “No, I will not be a pensioner. I think I am lucky. It is good to have something to do, and I hope that what I do is meaningful. When you have taken an oath to the Parliament, it lasts a lifetime. It is that easy for me. I am working on to the bitter end. There is something strong and meaningful behind the motto “the King being dead, long live the King!”

It is currently unclear how the anniversary will be marked due to the coronavirus pandemic. No matter what happens in Oslo, this will be widely covered by Royal Central, stay tuned.