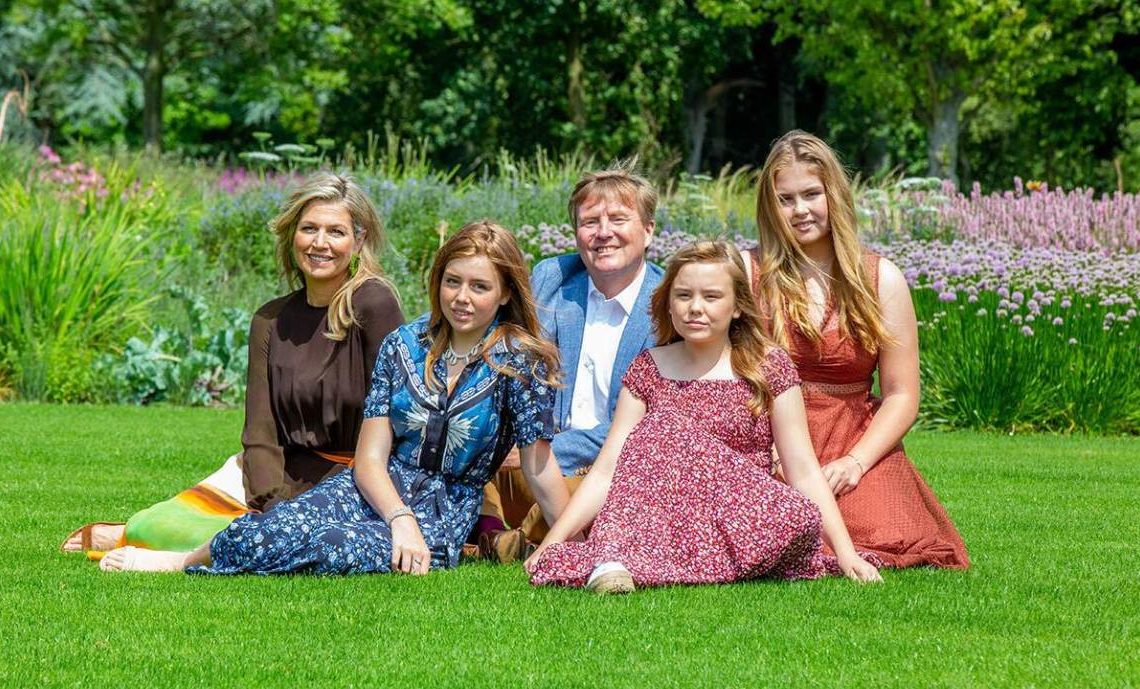 Queen Máxima shared her thoughts on the new biography of her daughter, Princess Catharina-Amalia, released ahead of her 18th birthday next month at an engagement last week.

When asked about the book, Amalia by Claudia de Breij, by Blauw Bloed, a Dutch news service, the Dutch queen said that she was “very proud” of Amalia and found the book “very beautiful.” When she spotted another reporter carrying a copy of the book, Queen Máxima said, “Nice, isn’t it!”

Amalia turns 18 on 7 December, and the book is meant as an introduction of the future queen to the people of the Netherlands.

In the book, Amalia revealed a love of tiaras and jewellery, saying: “I love tiaras. Show me a tiara, and I’ll know where it came from. I can recognize all the tiaras of Europe. I used to put them on from my mother. Then there would be one on her make-up table and I would have it directly on my head.

“I really liked to be in my mother’s jewelry anyway. When I was very little. She was preparing for an important dinner and she shouted around the house, ‘Amalia, where’s that ring?’”

She also revealed that if her father, King Willem-Alexander, were to die unexpectedly, that she would ask Queen Máxima to step in as regent, as she doesn’t feel ready yet to be Queen of the Netherlands.

The day after her 18th birthday, Amalia will be formally introduced as a member of the Council of State, her right as heir to the throne. Her father will present her to the Council, while the Council’s Chair and Vice-President Thom de Graaf will give a short speech recognising the occasion. Queen Máxima will be present as well.

Amalia had previously turned down her yearly allowance for the foreseeable future, announcing earlier this year that she doesn’t intend to accept the income until she begins working in her role as Princess of Orange. She also announced, in the biography, her intention to take a gap year before she begins university studies.