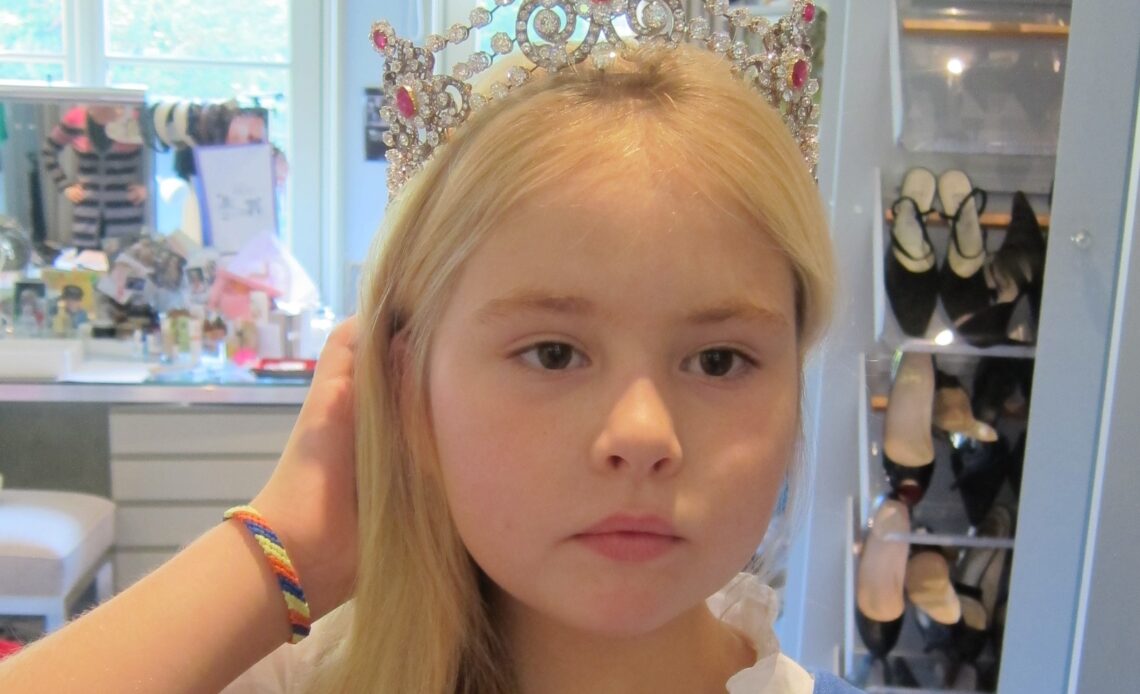 Princess Catharina-Amalia of the Netherlands has shared her first tiara moment in a new book being released on the occasion of her 18th birthday. It is a tradition in the Netherlands for such a book to be written about the heir to the throne.

The book, simply called ‘Amalia’, was written by author, comedian and singer Claudia de Breij in cooperation with the Princess. Over the summer of 2021, Claudia and Princess Catharina-Amalia met several times. They spoke about her time at school, her love for music, and what becoming Queen and her future role mean to her. Princess Catharina-Amalia even brought the author to the royal stables to speak about her passion for horses.

The book also contains several photos from the Princess’s personal archives and includes a lovely tiara moment where she tried on the Mellerio Ruby Tiara in 2012 as her mother was getting her make-up done. In addition, Princess Catharina-Amalia reveals that she loved playing with Barbies in princess outfits and watching princess movies, especially the Sissi movies with Romy Schneider. She also revealed that she loves tiaras and knows many that are in other European royal families.

The book was released today and is currently only available in Dutch. Princess Catharina-Amalia will turn 18-years-old on 7 December 2021.