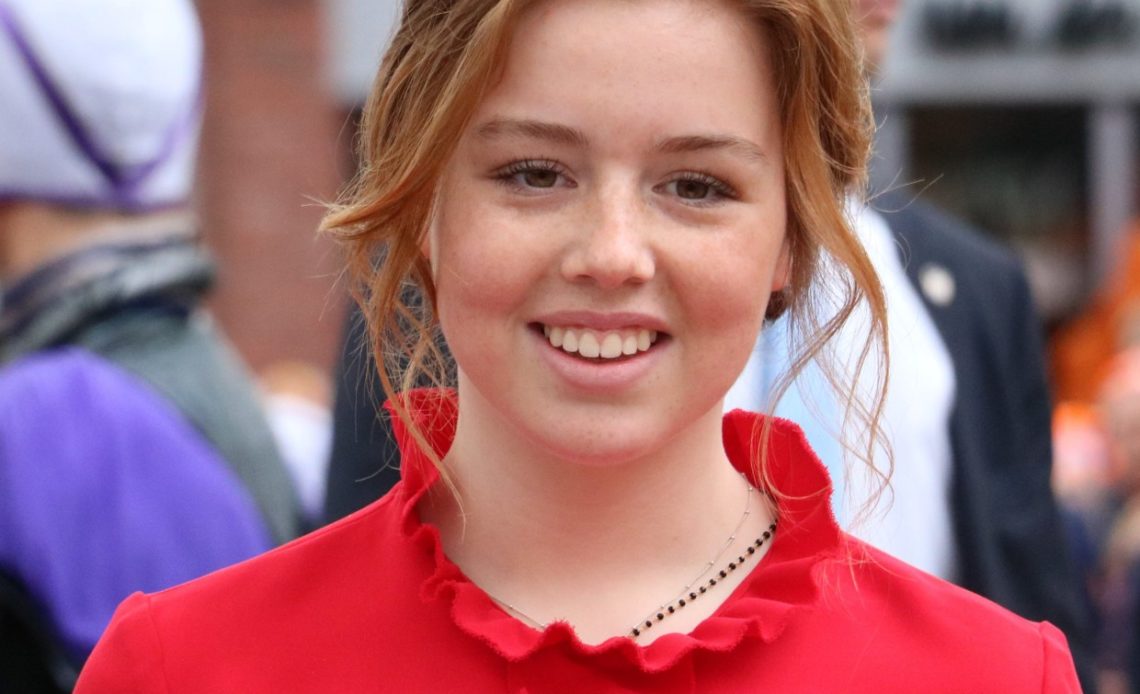 Princess Alexia of the Netherlands is in the United Kingdom to finish her high school studies at UWC Atlantic, a college in Wales. And in a video posted on the school’s Instagram account, the royal can be seen marching in a protest organised by students to demand climate justice, following the conclusion of COP26 in Glasgow.

In the video, about 70 students are seeing marching, some wearing yellow vests, some holding signs, most of them shouting slogans demanding “climate justice.”

Posted on Saturday by UWC Atlantic, the video shows Princess Alexia at the end of the line, responding to chants of “What do we want?” “Climate justice!” and “When do we want it?” “Now!” She is also holding a cardboard sign; the sentence at the top can not be deciphered due to the low quality of the video, but the outline of an earth sketch can be seen.

According to various sources, it is something that UWC Atlantic students do regularly, and the college’s philosophy is strictly attached to social issues like climate change.

However, it has to be remarked that it is extremely unusual to see a royal family member take part in a demonstration so clearly designed to protest something rather than to promote something.

COP26 was a global effort from political leaders all over the globe to move together towards a future in which action against climate change is bolder and has more rapid effects. While many of those leaders have expressed regret at the conclusions not being as substantial as the more developed nations would have hoped, the effort was still considerable, and COP26 may be considered a success by many standards.