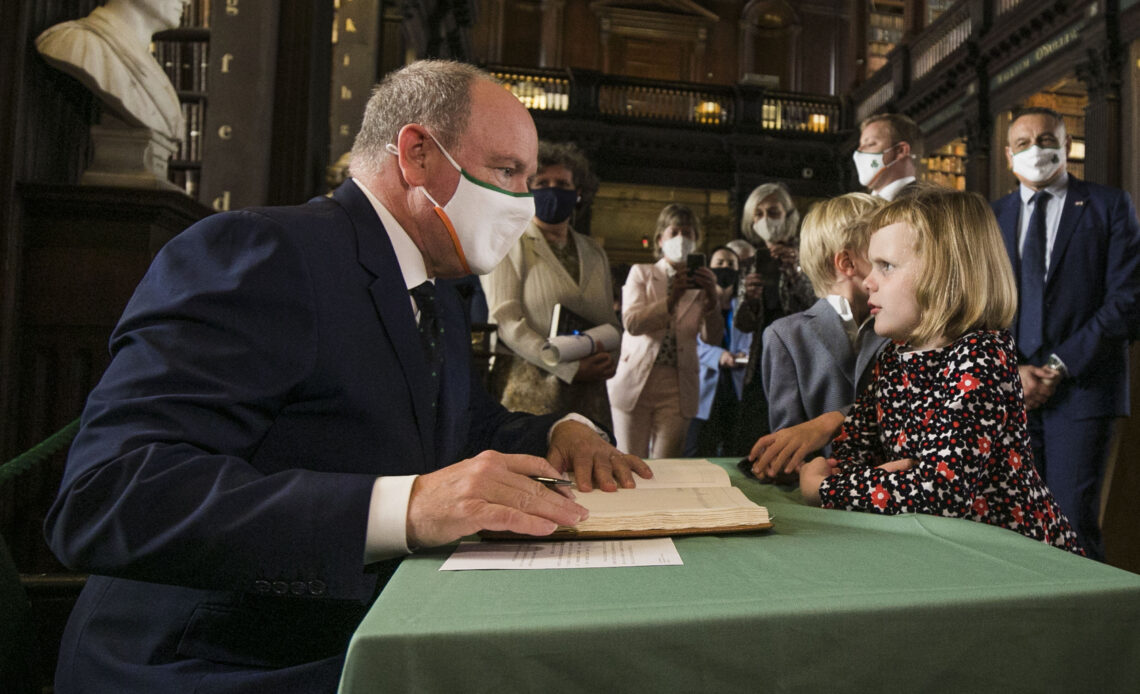 On Monday, Prince Albert II was just one of many other parents dropping their children off for their first day of school.

Prince Jacques and Princess Gabriella have started their primary education at François d’Assise-Nicholas Barré School, a private Catholic institution located on the Rock in the Principality of Monaco.

In the only picture released by the communications team for the Princely Family, the 6 years old twins are dressed in the school’s uniform, of which the picture only showed the characteristic red polo. Both were also wearing navy blue face masks with the school’s logo on the right side.

The institution is considered one of Monaco’s excellence centres for education – in 2020, all students that sat down for their final exam before university (an exam that is most similar to the American SAT or the British GCSE and that in French is called “baccalauréat”) have passed.

Prince Jacques and Princess Gabriella have only just come back from their first official trip. Prince Albert of Monaco was on an official visit to Ireland and surprised everyone by taking his children with him to the visit he made to the Irish Library.

This has been a hectic end of the summer for the twins, who visited their mum in South Africa, then travelled to France for a weekend of kayaking and flew to Ireland with their dad before starting a new chapter in their education.

And it must have been a difficult first day of school for everyone since Princess Charlene couldn’t be there, as she is still in South Africa recovering from a collapse she had only a week ago and the three surgeries she had to help in her recovery from an ear, nose and throat infection she contracted following a sinus graft procedure to accommodate a dental implant.