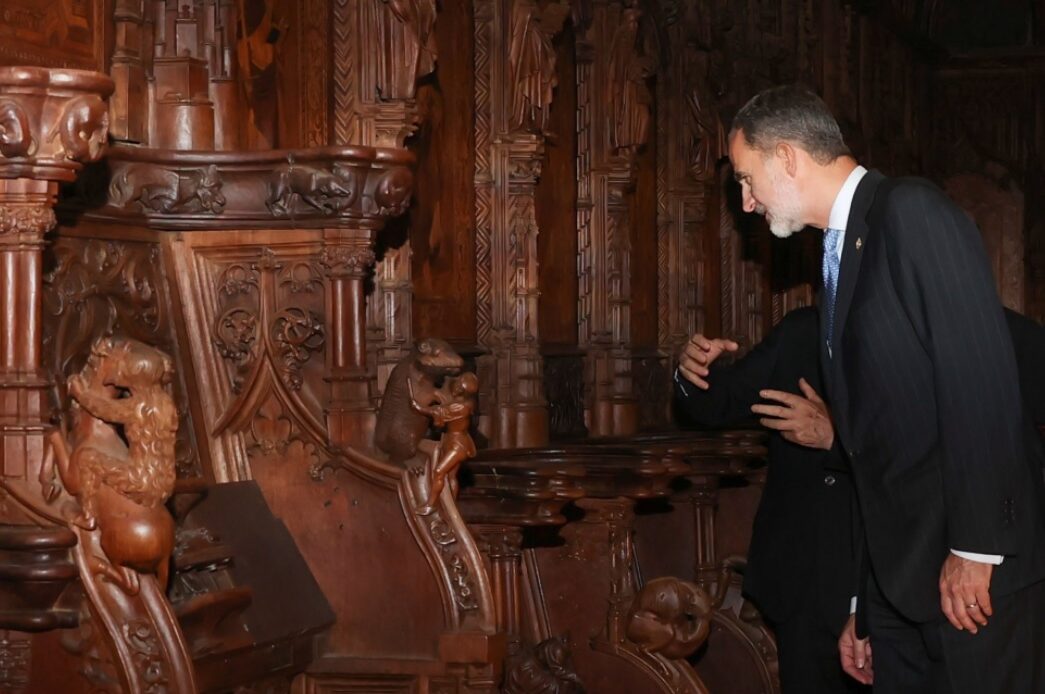 King Felipe of Spain has opened the 26th edition of the Ages of Men Foundation exhibition, titled “Transitus” (“passage” or “transition” in English) in the St Mary Cathedral in Plasencia.

His Majesty toured the exhibition, which is divided in seven “chapters” plus an epilogue, accompanied by ecclesiastic and local authorities. The seven chapters are a narration of the history of the city, its social and religious roots and the many evangelisation missions that left from Spain towards the new world.

The exhibition features works by many artists, including Zurbarán, El Greco and Pedro de Mena, and will be completely interactive, as the public will also be allowed to touch some of the pieces.

The artifacts (paintings, statues etc) are mostly property of parishes, churches, congregations, monasteries and museums of the three dioceses of the Extremadura Province.

“Transitus” was commissioned by the Patrimony Management delegate in the diocese of Plasencia, and organised in collaboration with the Ages of Men Foundation, under the direction of the Foundation’s Secretary General and under the guidance of Gaspar Hernández and Jacinto Núñez.

The Foundation has roganised these exhibitions since 1988, and, in total, they have had more than 12 million visits, making them the biggest religious cultural project in Spain.

The new generation of Spanish Royals has always maintained a strong relationship with the country’s cultural world, and the King and Queen have opened countless exhibitions, visited several art fairs and awarded numerous prizes for culture since ascending to the throne.