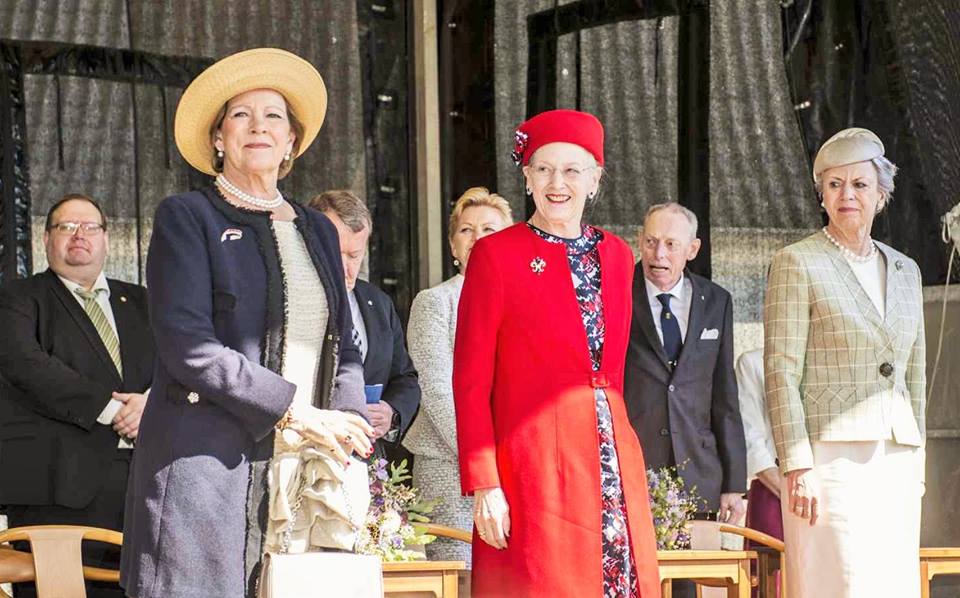 On Monday, Queen Anne-Marie of Greece turned 75. The Queen celebrated her birthday in private at the royal couple’s home in Porto Heli, Greece, with parts of her Greece and Danish family.

Queen Anne-Marie of Greece was celebrated throughout the day by her husband, King Constantine. Also in attendance during the celebration in Greece was the Queen’s sister Princess Benedikte of Denmark and Sayn-Wittgenstein-Berleberug. Also, Prince Nikolaos and Princess Tatiana, Princess Theodora, Prince Philippos, Princess Nina and Mr Matthew Kumar attended the celebration of the Greek Queen.

Information about the celebration was published via the Danish Royal Court. Early Monday, a new photograph was published of the Greek queen taken by her son Prince Nikolaos who is a renowned photographer. On Monday evening, a family photo taken by Princess Tatiana was published. On the Danish Royal Family’s Instagram, a photograph of Princess Benedikte and Queen Anne-Marie together was released. Anne-Marie’s other sister, Queen Margrethe II of Denmark, could not travel to Greece due to this year’s summer cruise with the royal yacht Dannebrog.

In 1967, the King attempted to defeat the authoritarian regime in Greece. The counter-coup failed, and Anne-Marie and her family had to flee to Italy. In the aftermath, Anne-Marie miscarried a child. The family lived for two months in the Greek embassy in Rome and then for the next five years in a house in a suburb of Rome. In 1973, Anne-Marie moved with her family to England.

However, in the last few years, King Constantine and Queen Anne-Marie have lived permanently at their private home in Greece.