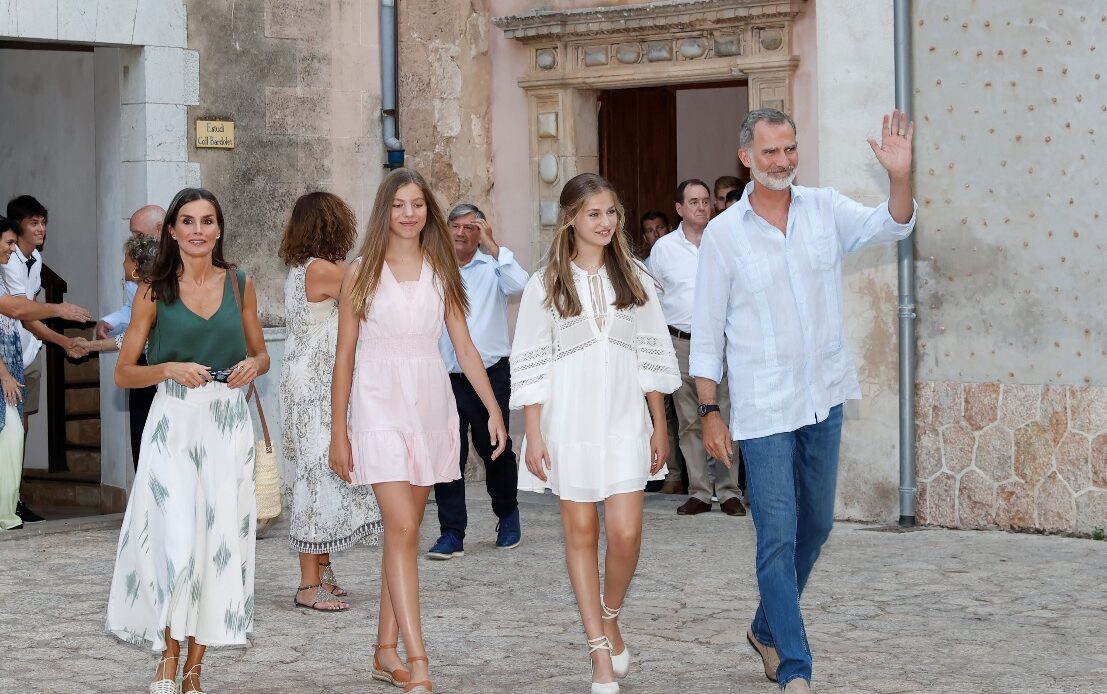 The Spanish Royal Family have begun their annual summer vacation to Mallorca and appeared together for the first time as they stepped out for a visit to the Cartuja de Valldemossa.

The Spanish royals then toured of the facilities, which once belonged to a 13th century king who wanted to house his son and heir somewhere safe while he convalesced in a better climate. Throughout the centuries, the Cartuja became known both as a church where monks occupied the rooms and after their expulsion, as a place where artists and musicians could work.

The Spanish Royal Family toured the Municipal Museum where ‘Chopin’s Cell’ is on display and features his piano, documents and paintings to showcase the history behind the famous composer’s stay.

‘The Pharmacy’ was the family’s next stop, where they all viewed materials of scientific and historical importance as they’d been cultivated in the late part of the 18th century. Their final tour was of the Palace of King Sancho, the afore-mentioned ill son who would later reign as King of Mallorca between 1311 and 1324, where they viewed his cloister and concert hall and were treated to a live pianist performance of Chopin’s music.

Before departing to tour through the streets of Valldemossa, the Spanish royals all signed the Valldemossa City Council Visitors Book.

The Spanish Royal Family regularly spends the first weeks of August in Mallorca, residing at Marivent Palace, their Mallorcan home. Queen Letizia, Princess Leonor and Infanta Sofía arrived in Mallorca on the last Sunday of July, while King Felipe arrived on Thursday, 28 July.