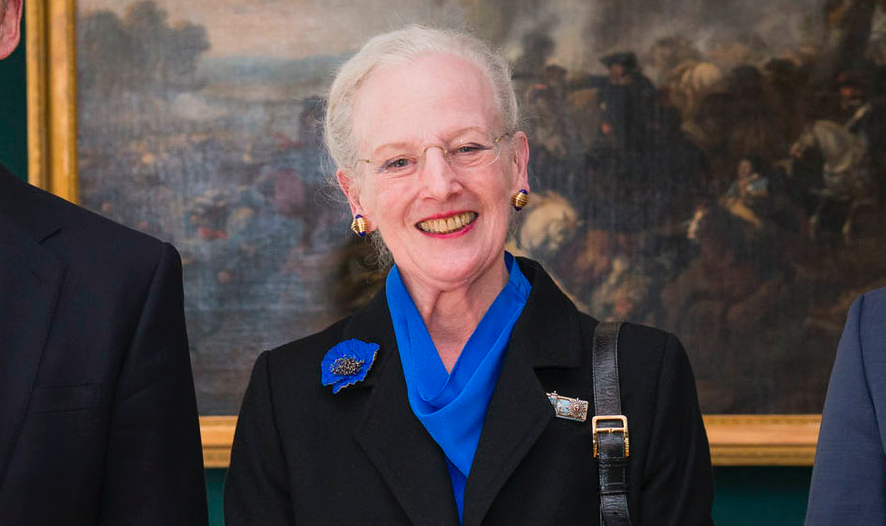 It is not often that sitting monarchs have a tradition of approving the accounts of others than their own household. In Denmark, on the other hand, there is such a custom. This week, at the annual accounting meeting of the charity, Classenske Fideicommis, Queen Margrethe, gave her approval to the organisation’s accounts and annual report.

Upon arrival, the Queen was received by the Chairman of the Classenske Fideicommis, Supreme Court Judge Jon Stokholm. The meeting took place at Corselitze Estate. The Corselitze Estate is a manor house on the island of Falster in the south-east in Denmark. The Neoclassical house was built in 1777 by Johan Frederik Classen who at the time of his death bequeathed his substantial foundation to charity, leading to the formation of the Classenske Fideicommis which owns the estate today. The estate covers 2,792 hectares of land and 645 hectares of this are farm land.

The Classenske Fideicommis is a Danish charitable foundation. By testament in 1789 and his codicil of March 23, 1792, the industrialist Major General Johan Frederik Classen left behind his wealth and possessions as a fund, among other things, to “alleviate poverty and misery”. It grants about 2 million kroner ($340,000) annually.

The charitable foundation established in 1792 has, since it beginning, been under royal protection. The first official royal patron of the Classenske Fideicommis was King Frederik VIII. When he died, the Fideicommissar asked if King Christian X would take over this post. The king diplomatically suggested that the Crown Prince, the then Crown Prince Frederik, who would later become King Frederik IX, be asked instead.

The Crown Prince was a frequent guest on Corselitze until his death in 1972, when Queen Margrethe II agreed to take over the patronage. The Queen visits Corselitze at least once a year to approve the accounts. In addition, the Queen, by virtue of her artistic abilities, has assisted the board and management in making decisions about maintenance and new acquisitions on the estate.