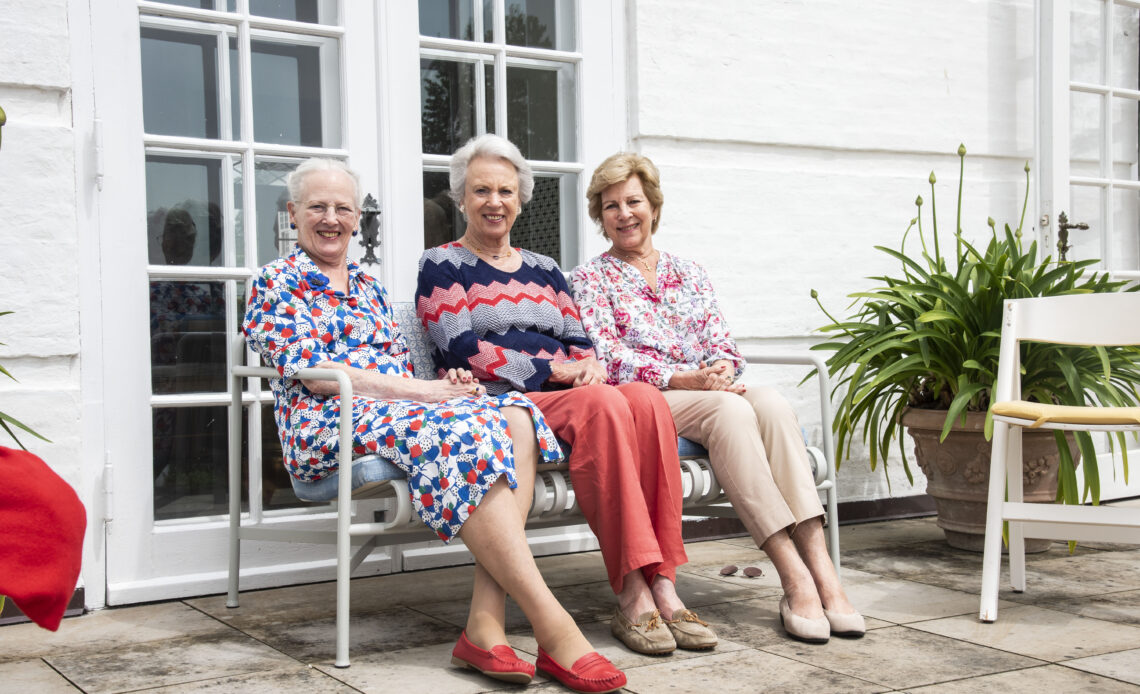 Queen Margrethe has been joined by her two sisters at Gråsten Palace in Denmark for a summer holiday.

Her Majesty welcomed Queen Anne-Marie of Greece towards the end of last week with Princess Benedikte arriving a few days before that.

The gathering was publicised when a cycling team passed by Gråsten Palace on Saturday and was received by Queen Margrethe, much to the surprise of the cyclists. Also present at the reception was Queen Anne-Marie and Princess Benedikte. The cycling team is part of DIF’s Soldier project, Ride4Rehab, which aims to give a group of injured veterans the experience of cycling through Denmark. In the Royal Kitchen Garden, Princess Benedikte offered the cyclists something to drink. After this, the visit to Gråsten Palace was over, and the riders continued towards Sønderborg, where the day’s stage ended.

On Midsummer Eve, the three sisters spent time aboard the Royal Yacht Dannebrog, which sailed Their Majesties and Her Royal Highness up and down the coast of Sønderborg Bay. From the ship, the Queens and the Princess could enjoy the sight of the area’s many bonfires before the crew, who had put together a choir for the occasion, sang Holger Drachmann’s Midsummer song for the royals.

Gråsten Palace is located at Gråsten in Jutland, Denmark, and serves as the summer residence of the Danish Royal Family. Originally a small hunting castle in the 16th century, the current palace features a modern, white facade with Venetian doors. The grounds consist of manicured lawns, gravel walkways and a large stables court.

Gråsten Palace was eventually made the property of the state, which paid for extensive restorations. By the mid-1930s, the future King Frederik IX and Queen Ingrid made it their summer residence. Now, it often is the backdrop to the Royal Family’s official summer photoshoot.