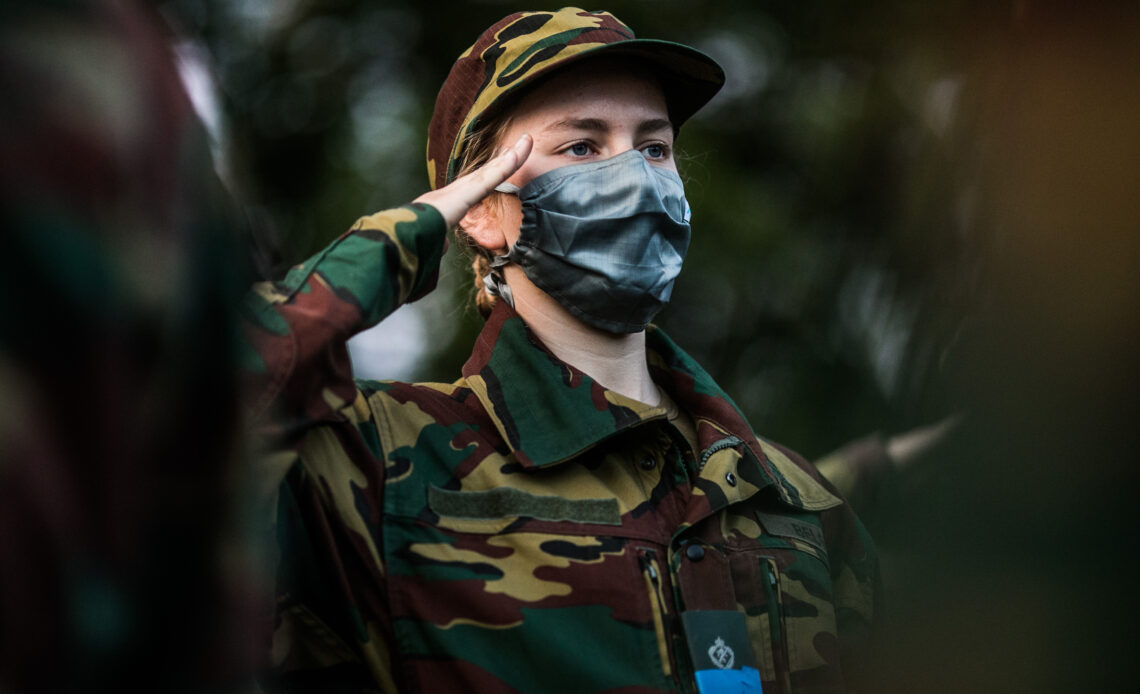 Princess Elisabeth of Belgium, Duchess of Brabant, has concluded her military training at the Royal Military Academy. Her training concluded with a three-day course at the Commando Training Center in Marche-les-Dames.

The heir to the Belgian throne worked in an unusual environment to push her limits and show her courage in group exercises. The course included rock climbing, rappelling, death ride and dinghy.

Princess Elisabeth’s training at the Royal Military Academy began in September 2020. The Belgian Royal Palace has said Elisabeth plans to keep a close link between herself, her classmates, the academy and the Ministry of Defence.

Her Royal Highness recently took part in the National Day celebrations alongside her classmates from the Royal Military Academy. This marked the first time the Princess took part in the military parade as anything other than a spectator. Her mother, Queen Mathilde, was seen being quite emotional as she watched her eldest child march past her and King Philippe.

No information regarding the Duchess of Brabant’s future plans was given; it is expected the Royal Palace will provide information on her future education at a later date.

She graduated from UWC Atlantic College in Wales with an international baccalaureate last year ahead of entering the Royal Military Academy to study social and military sciences.

The future Belgian monarch will celebrate her 20th birthday in October.

Elisabeth became the heir apparent to the Belgian throne upon the abdication of her grandfather, King Albert II, in favour of her father, Philippe, in July 2013. If she ascends the throne as expected, she will be Belgium’s first female monarch.