A look at the Grand Palace in Bangkok 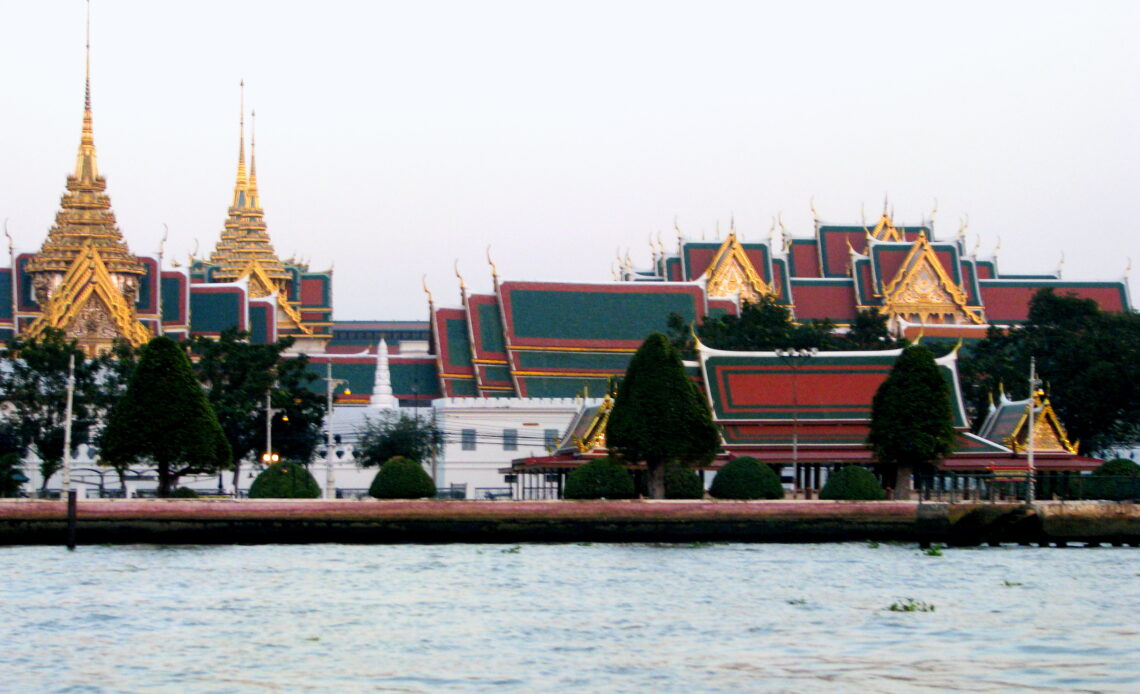 Standing in the heart of Bangkok, the Grand Palace is one of the most popular attractions in the capital. It has been the official residence of the Kings of Thailand since the 1700s and covers 2,351,000 square feet.

As soon as the palace comes into sight, its opulence is apparent. Real gold decorates the many buildings that include the temple for the Emerald Buddha. The Grand Palace is surrounded by many smaller buildings as well as their “Buckingham Palace” (as the guide told me) where foreign dignitaries stay. All of this is surrounded by large white defensive walls that were built in the 1700 and 1800s.

There is a special gate, the Phimanchaisri Gate, that only a monarch, foreign monarchs and world leaders can enter through; all others enter through a different gate.

Once you enter through the gate, you realise just how massive the palace compound is. It contains the Dusit Haha Prasat Throne Hall, Temple of the Emerald Buddha, Phra Maha Monthian, and government offices among other buildings. However, be aware that most of the buildings are not open to the public.

When I visited in July 2019, there was a museum in one building, where no photographs were allowed, that contained all the gifts the late King Rama IX (or King Bhumibol Adulyadej) received during his reign from foreign heads of state. It was lovely to see the gifts given to him by The Queen, as well as former Presidents of the United States.

As Thailand was preparing for the upcoming coronation of King Rama X, the only buildings I was able to enter at the time was the Temple of the Emerald Buddha and the museum with the artefacts of Rama X’s father.

One of the most important buildings in the complex is the Temple of the Emerald Buddha. You must take your shoes off to enter the temple and cannot take photos once you have entered. There is a separate area for the Thai people to pray from foreigners, and the architecture is just beautiful (as it is throughout the complex).

The Grand Palace is a must see if you are visiting Bangkok. It’s in a beautiful area and full of history and unique, gorgeous architecture!

More information on the Grand Palace can be found here.

When you visit, make sure you have plenty of time as the Grand Palace closes at 3:30. Thais get in free while it is 500 Thai baht for foreigners. It is also important that you dress modestly – cover your shoulders and do not wear shorts.