A royal visit for Superbloom at the Tower of London 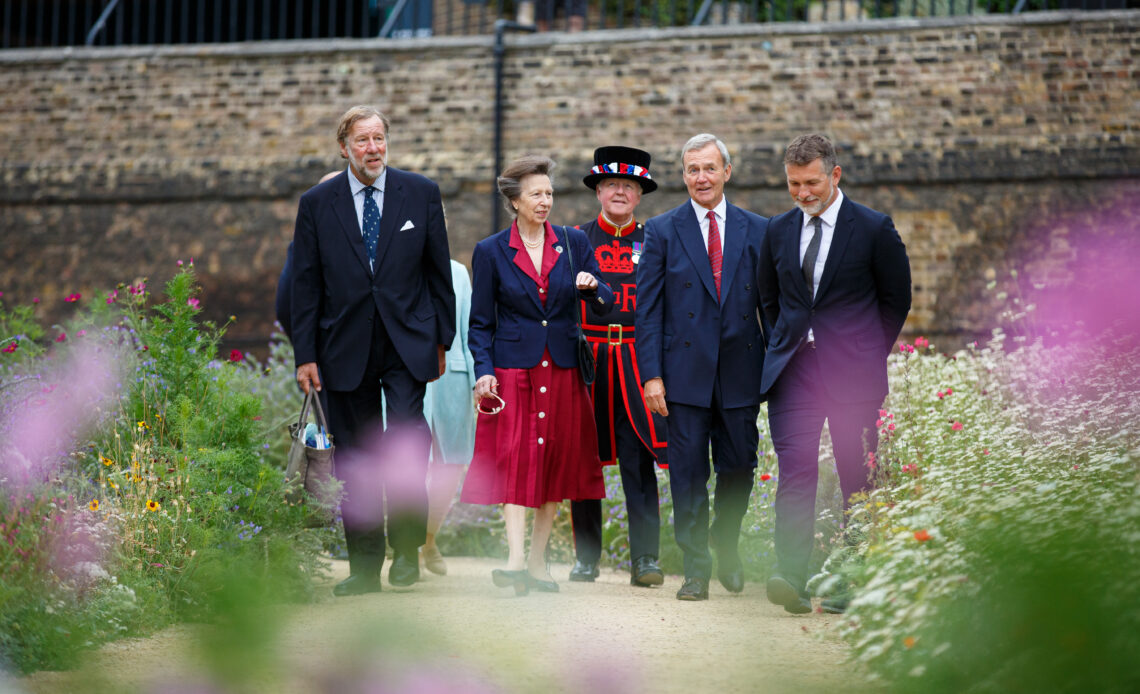 The wildflowers that have taken over the moat at the Tower of London have got the royal seal of approval during a special visit.

The Princess Royal has toured Superbloom to see how it’s transformed the space around the ancient royal residence into a wildlife haven.

Superbloom was planted to mark The Queen’s Platinum Jubilee and, in the last months, has blossomed into a glowing garden in the heart of London.

Princess Anne saw the evolving nature of the garden during her visit as the early blooms give way to the later summer flowers.

She also met volunteers at the installation who help to guide thousands of people around the Jubilee event.

Over twenty million seeds were planted in the moat at the Tower to start Superbloom which is the first stage of a long term project to turn the space into a new natural landscape.

Fifteen different seed mixes were used to produce different waves of colour throughout the summer.

Among the flowers chosen are bright red poppies which grow in the same spacer that the famous ‘Poppies at the Tower’ stood in 2014 to mark the centenary of the start of World War One.

As visitors approach the poppies, they hear a specially composed ambient score by Erland Cooper. ‘Music for Growing Flowers’. Superbloom also features art installations including ‘The Nest’ by Spencer Jenkins while the east side of the Tower is decorated with copper and brass insects including dragonflies, designed by Mehrdad Tafreshi.

Superbloom is open through the summer.