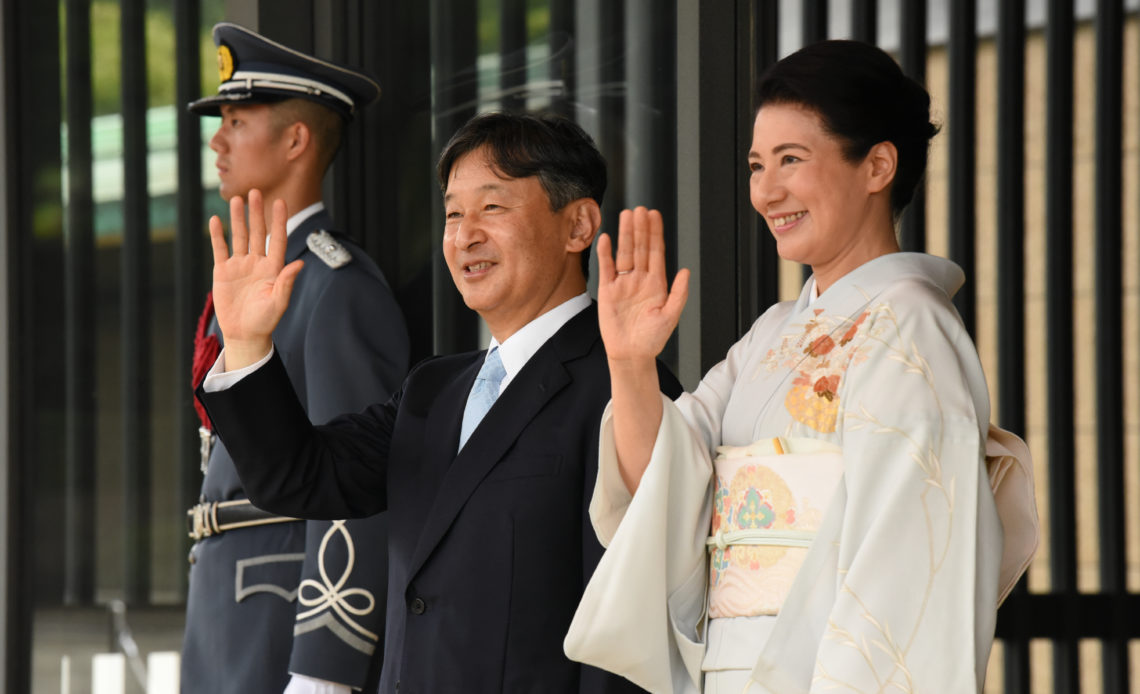 By TICAD7 Photographs - The Tea Reception at the Imperial Palace, CC0, https://commons.wikimedia.org/w/index.php?curid=81738678

A panel in Japan has reunited to discuss the issues surrounding the Imperial Family’s difficulties in maintaining their schedule due to the ever-reducing number of working family members.

The panel also discussed potential solutions, but, judging from the reports in the country, it seems like the experts are pretty divided on some of the fundamental issues.

The first issue approached was the rules of succession in the Imperial Family – the umbrella topic under which the possible solutions fall.

Current rules of succession in Japan are the result of ever more stringent measures for eligibility; before the first rules were written down, there wasn’t a clear policy. However, in 1889, the Japanese decided that succession should only be open to male descendants of the male line, but they could also be born out of wedlock.

In 1947, the final tightening of the rules was put in place, declaring that only male descendants of the male line born within a legal marriage are allowed to be considered in the line of succession for the imperial throne.

This has made it so that, especially in recent years, the family has lost many of its members due to the birth of many princesses, and some of them marrying commoners, forcing them to renounce they titles and their royal lives. In turn, this dwindling numbers have created a shrinking family, and some experts think that the issue deserves reflecting.

For example, one of the proposed solutions was to include females in the succession line. However, the more conservative voices state that Japan has established a law mandating that the Imperial Family be only carried out by male descendants in the male line – meaning that a grandson born to the Emperor by his daughter would be excluded, but a nephew born by a brother would not.

Those conservative voices have also expressed their opinion that some of the male members from minor branches of the family could have their imperial status restored, either via adoption or a law. However, this solution also presents issues, as Japanese imperial law prohibits adoption within the sovereign’s family.

The Imperial Family has not issued any official statements on the results of this particular panel yet. However, through the years, they have expressed their opinions publicly; for example, in 2009 Emperor Akihito stated that “the issues concerning the system of imperial succession should be left to the deliberation in the Diet, but concerning the ideal role of the Imperial Family in the future, I think it is important that the views of the Crown Prince [Naruhito] and Prince Akishino [Fumihito], who supports him, are respected.”

The current Emperor hasn’t been publicly recorded taking any side, but his brother, Prince Fumihito, has expressed his opposition to any expansion of the Imperial Family, saying that he doesn’t believe a smaller family is an impediment to performing their duties, and that, ultimately, a reduced number of members would be less of a burden on the taxpayers.

On diametrically opposing position was his uncle, Prince Tomohito, who stated that “the value of the imperial tradition was that it had always been patrilineal, and questioned whether such a longstanding custom should be changed now. He supported the idea that former branches should have their imperial status restored, suggesting that naishinnō princesses (daughters or granddaughters of an emperor) should adopt male members of the former branches to bring them into the line of succession,” according to a Japanese report on a letter the Prince wrote in 2005.

However, Prince Tomohito, who was the brother of Emperor Emeritus Akihito, passed away in 2012, before he could see any of the changes that will be implemented, if any.

The Japanese public has not expressed a clear opinion on any of the issues, with neither the side in favour nor the side against any of the proposals reaching the majority. For example, when asked about the potential of adopting male descendants from former branches back into the family, 41% agreed and 37% disagreed, with percentages being consistently below 50% on either side of all of the questions.

So, what now? It seems clear that the Japanese Imperial Family will have to undertake a massive restructuring and redistribute workloads and will have to do a lot of reflecting about how they want to carry themselves in the future.