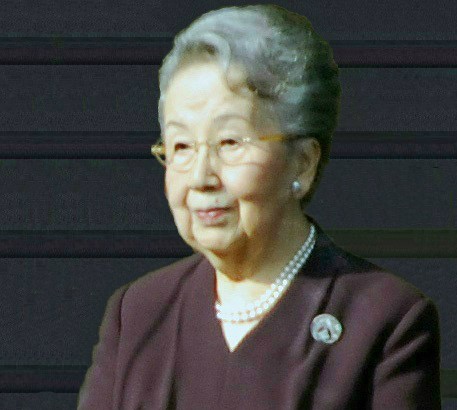 Japan’s Yuriko, Princess Mikasa has been hospitalised after being diagnosed with having an abnormal heart rhythm, the Imperial Household Agency announced on Monday.

The Princess is not believed to be in critical condition. She was admitted to St. Luke’s International Hospital in Tokyo, where she will remain for at least the coming week. It is her second hospitalisation in six months; in October she was admitted to hospital for the treatment of pneumonia and heart failure. At the time, she was also tested for the coronavirus, and the result came back negative. The Princess was fitted with a pacemaker in 1999 following a diagnosis of bradyarrhythmia.

Yuriko, Princess Mikasa is the oldest member of Japan’s Imperial Family and the great-aunt of Emperor Naruhito.

Yuriko, Princess Mikasa, was born Yuriko Takagi on 4 June 1923. She married Takahito, Prince Mikasa, the fourth son of Emperor Taishō and Empress Teimei in 1941. Her husband passed away at the age of 100 in October 2016.

She and her husband had five children: the former Princess Yasuko of Mikasa, Prince Tomohito of Mikasa (1946-2012), Yoshihito, Prince Katsura (1948-2014), the former Princess Masako of Mikasa, and Norihito, Prince Takamado (1954-2002). They also have nine grandchildren, including Princess Ayako of Takamado who married a commoner in 2018 and gave up her imperial title. Ayako gave birth to a son in 2019, who is Yuriko’s fifth great-grandchild.

The 97-year-old Princess still attends some events of the Imperial Family.