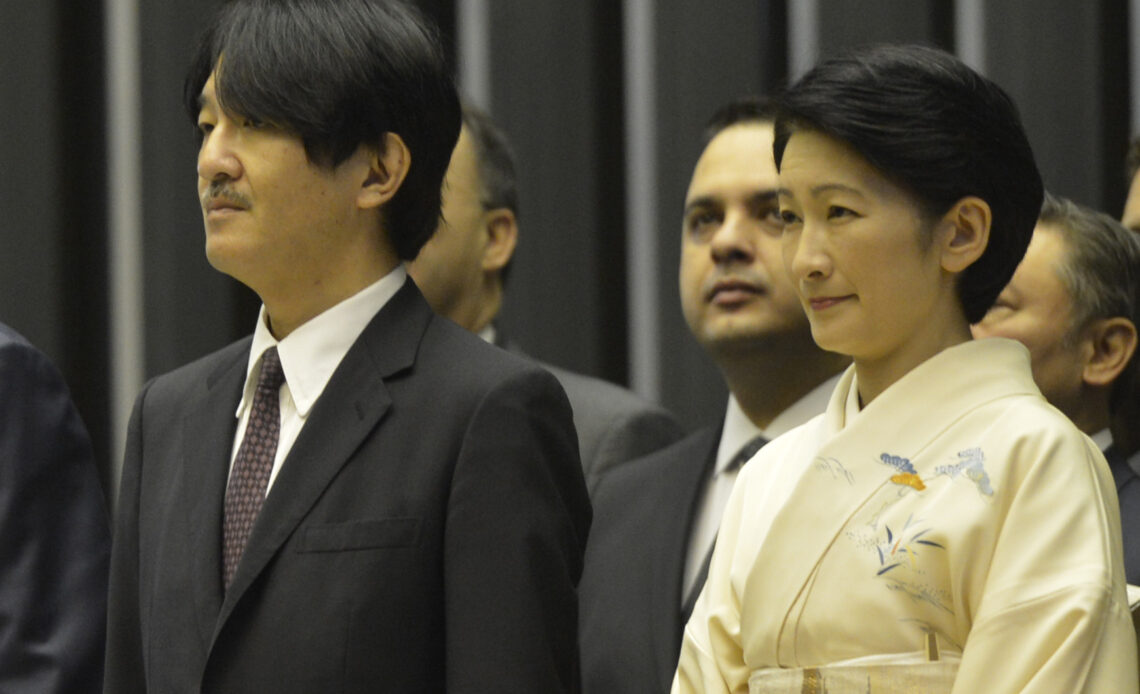 The Crown Prince and Crown Princess of Japan visited an exhibition commemorating the 50th anniversary of the return of Okinawa under Japanese control.

The Crown Princely Couple visited the Tokyo National Museum on Friday, 17 June, and were given a tour of the exhibit by some of the museum’s authorities.

Crown Prince Akishino praised the painting “Phoenix and Peonies,” a piece from the 17th century, saying, “I like to look at flower-and-bird paintings.”

This motif is typical of Eastern culture imagery, as it symbolises peace and prosperity.

His Imperial Highness also enquired about all the animals and plant species that appear in the various art pieces, as every individual creature has a specific symbolic meaning that tells the story of the period and the intentions of the artist.

The exhibition, titled “Special Exhibition Commemorating the 50th Anniversary of Okinawa’s Reversion to Japan RYUKYU,” is sponsored, among others, by one of Japan’s biggest newspapers, The Yomiuri Shimbun. It opened on 3 May and will be available to the public until 26 June.

It features 195 artefacts and other pieces from the Ryukyu Kingdom era, when Japan was part of the region that was ruled as a tributary state of imperial China between 1429 and 1879.

Okinawa is the smallest and least populated of the five main islands that make up Japan. Its history has always been troubled, as it was part of China for more than four centuries, and then, following one of the most ferocious battles of World War II, passed under the control of the United States until 1972.

Although it doesn’t formally administer the island, Americans still make up a good percentage of its population, as the US has one if its biggest foreign military bases there, which houses around 26000 armed forces personnel, spread between the 32 bases and 48 training camps located on the island.

This anniversary, therefore, is extremely important to the Japanese people, and the imperial couple has take part remotely in the bittersweet commemorations of this anniversary back in mid-May.